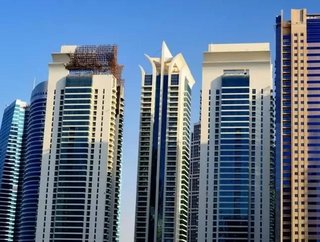 Brexit is unlikely to have a long-term impact on the property market in Dubai, according to JLL, a leading real estate investment and advisory firm.

JLL has released a report that evaluates the impact of Britain's exit from the European Union on the Dubai real estate market across office, residential, retail and hotel sectors. Dubai caters to the most open real estate market within the region and as a result is more susceptible to external factors.

Craig Plumb, Head of Research, JLL MENA, commented: "Even though it is too early to predict the long-term implications, overall there is a slight probability of British investors being negatively impacted by the devaluation of the British pound following Britain's decision to exit the European Union. However, we believe the effect of the decision will have temporary repercussions as a substantial number of British investors who work and reside in the UAE avoid sourcing their income in sterling. If we dissect the market further, particularly for residential, we notice that expatriates in Dubai are most likely to continue renting their homes instead of switching to ownership, resulting in sales being more negatively affected than the rental sector. If external factors stabilize over the rest of the year, we expect the Dubai residential market to easily recover in early 2017.

“In Q2 2016, it has been interesting to see the office vacancy rates throughout Dubai showing a general downward trend. However, although this could be attributed to lack of quality office space, Dubai still remains the largest and most active office market in MENA as many businesses still prefer Dubai as the regional hub.

“Meanwhile, the Brexit decision has seen an adverse effect on the retail and hotel sector. Due to the devaluation of the pound, Dubai and the MENA region as a whole has become an increasingly expensive destination for European visitors."