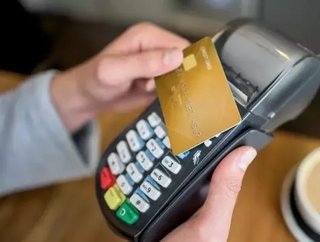 More purchases in the UK are being made by debit cards than with cash, a new survey has revealed.

For the first time the volume of retail purchases made by card now accounts for more than half of all customer transactions, according to the British Retail Consortium’s (BRC) latest annual Payments Survey.

This has partly been driven by UK customers increasingly using cards for lower value transactions, for purchases such as food, coffee and other convenience buys.

Cards have become the dominant payment method as retailers’ investment in payment technology has facilitated greater customer choice over how they pay for their goods both in store and online.

The survey also reveals that new regulations have helped deliver savings for retailers. Investment in payments has been boosted by savings of around £500 million for retailers and their customers from the EU Interchange Fee Regulation (IFR), introduced following a successful campaign by the BRC, which caps some of the fees for handling credit and debit card transactions.

However, the burden on businesses is still high. Despite these savings from the IFR, retailers still spent over £1 billion last year to accept payments from customers and the cost of processing cards remains high, particularly for credit cards.

Commenting on the Survey’s findings, BRC Policy Advisor- Payments and Consumer Credit Andrew Cregan, said: “A growing number of retailers have invested in payment technology to accept cards, contactless payments and new payment applications both online and in store. In part, this has been facilitated by the Interchange Fee Regulation (IFR), which was introduced across the European Union following a successful campaign by the BRC and has led to a significant fall in the cost of collection that benefits retailers and their customers.

“Looking ahead, the Government should act to retain the benefits of the IFR for retailers and their customers after the UK leaves the EU and introduce further regulatory action to address the alarming increase in other card fees and charges at a time when the retail industry is facing acute cost pressures elsewhere.”

Finally, the study shows that retail customers are less reliant on credit. Retail spending on credit cards has fallen and represents a diminished share of retail purchases by value. This shows consumers borrowing less for day-to-day purchases, in contrast to wider growth in unsecured consumer lending in the UK.

The full BRC Payments Survey 2016 is available to download.