Unilever ups price of Marmite, blames Brexit despite making it in the UK 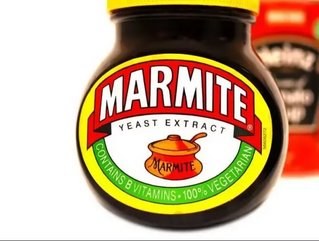 Tesco and Unilever are at loggerheads over the prices of household staples from PG Tips and Comfort to Hellmann’s mayonnaise and Marmite.

The increase in price of the latter has caused particular hysteria and panic, but the logic behind its explanation could be flawed. Unilever has blamed the problem on a fall in the value of the pound currency (around 16 percent since the UK vote to leave the European Union), which effectively makes importing goods from abroad more expensive.

However, though a German innovation, the ingredients used to make Marmite are in fact manufactured in the UK. It is exclusively made in one factory in Burton, Staffordshire, and has been since 1902. It is a simple combination of yeast extract, vegetable and spices – a trade secret much like the KFC Colonel’s secret blend of 11 herbs and spices.

The main ingredient, yeast, is the reason for Marmite’s manufacturing location in Burton, a town well-known for its brewing industry. Yeast extract is a by-product in the brewing process, and is by no means in short supply, or expensive.

Many other popular Unilever brands could also see prices rises unless the supermarkets have their way. Several are produced in the UK and this will surely be pointed out by retailers. These include Colman’s mustard, produced in Norwich; Pot Noodles, produced in South Wales and Elmlea, made in Essex.

Unilever will be relying on brand loyalists who will refuse to buy cheaper own brand alternatives. This should not be underestimated, and many commentators believe this brand power will hold ultimate sway on the ongoing discussions with Tesco.

Share prices in both companies have taken a hit since the argument escalated, dropping by around two percent. Other UK supermarkets have also suffered in a drop in share value, although it is not clear about their position regarding Unilever’s supply of products. Incidentally, Unilever today announced positive, increased Q3 sales. Its CEO Paul Polman, said: “Our business continues to demonstrate its resilience by growing competitively and consistently in tough market conditions."