EU state aid: the multinationals in the firing line 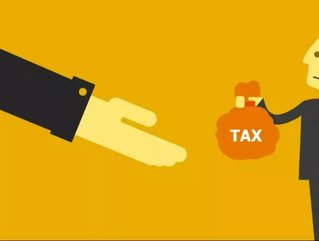 Apple is not the only multinational corporation being investigated by the European Union for alleged breaches of State Aid rules.

McDonald’s and Amazon are currently being investigated in relation to their tax affairs in Luxembourg, while German minister Sigmar Gabriel has reportedly suggested that Google should be examined as well.

The Apple ruling made by the European Commission represented a landmark moment, with the American technology giant told to pay the Irish government $13 billion in taxes after breaching its rules on preferential treatment by a member state.

This follows a recent EU ruling made against Starbucks in the Netherlands, the coffee company told to pay back €30 million to the Dutch state and a decision it is appealing. Luxembourg has also been told to recoup a similar amount in unpaid taxes, this time from Italian carmaker Fiat.

In January 2016, the Commission concluded that selective tax advantages granted by Belgium to least 35 multinationals, mainly from the EU, under its "excess profit" tax scheme are illegal under EU state aid rules.

Regarding McDonald’s, the Commission will assess whether Luxembourg authorities selectively derogated from the provisions of their national tax law and the Luxembourg-US Double Taxation Treaty and thereby gave McDonald's an advantage not available to other companies in a comparable factual and legal situation. On the basis of two tax rulings given by the Luxembourg authorities in 2009, McDonald's Europe Franchising has paid no corporate tax in Luxembourg since then despite recording large profits (more than €250 million in 2013).

Commenting on the Apple case, Commissioner Margrethe Vestager, in charge of competition policy, said: "Member States cannot give tax benefits to selected companies – this is illegal under EU state aid rules. The Commission's investigation concluded that Ireland granted illegal tax benefits to Apple, which enabled it to pay substantially less tax than other businesses over many years. In fact, this selective treatment allowed Apple to pay an effective corporate tax rate of one percent on its European profits in 2003 down to 0.005 per cent in 2014."