European SMEs will be affected if Britain leaves the EU 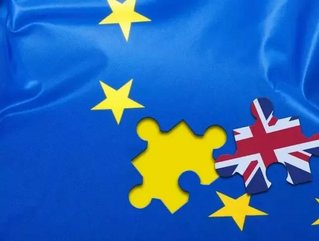 A survey conducted by Ebury – an international business finance specialist – has shown that one in three SMEs in Spain and one in five in The Netherlands would be less likely to do business with Britain if it were to leave the EU.

Small and medium sized businesses in parts of Europe would be less likely to trade with Britain following a Brexit, according to new research out today.

1 in 3 SMEs in Spain and 1 in 5 in the Netherlands said they would be less likely to, or altogether cease, trade with Britain if it were to leave Europe.

The findings were revealed by international business finance specialist Ebury, which polled over 650 SMEs in the UK, Spain and Netherlands.

Asked where in the world they would be most likely to trade instead, Asia was the main beneficiary for Spanish businesses, gaining a third of votes.

South America and the rest of Europe were the next most popular options, both selected by 18% of respondents, while North America, Oceania and the Middle East were equally popular achieving a 9% share of positive responses each.

For businesses in the Netherlands, the picture is markedly different. An overwhelming majority of businesses, 83%, say they would be most likely to trade with the rest of Europe instead.

All 17% of the remaining respondents said that Asia would be the market they chose.

1 in 5 of the businesses Ebury polled in the UK also said that they would consider relocating their headquarters following a Brexit.

“Many of the concerns regarding a Brexit are true of all UK business regardless of size, from regulatory issues, to immigration policy and questions of access. But their impact is often magnified when it comes to SMEs, who lack the scale and resource of major corporates to deal with them.

“Nearly 9 in 10 of the SMEs we surveyed – all of whom are either domiciled in or trade with the UK – think the UK should remain within the EU. This is almost certainly being driven by factors such as free movement of people and marketplace access, as well as their fear of instability in the UK economy, with ongoing uncertainty about Britain’s membership likely to drive volatility in UK asset prices, interest rates and the British Pound – all of which, to varying degrees, can shape the fortunes of SMEs.

“But this isn’t to say that they are not calling for change. Around half of those who want to stay in the EU are calling for the relationship to be reformed in areas such as compliance, which can be far more onerous and problematic for mid-sized businesses looking to grow.

“Should a Brexit become a reality, the landscape will be forever altered for British businesses. Around half of the UK SMEs we surveyed are concerned that a Brexit will hinder British trade efforts, driving a third to consider relocating outside the UK. This view is backed up by the half of Spanish SMEs, and a third in the Netherlands, who say a Brexit would lead them to focus on  other markets in Europe and beyond, when it comes to trade.”