By Paul Polman and Peter Bakker
May 19, 2020
undefined mins 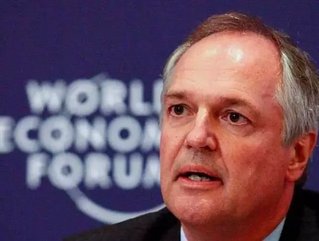 After five years of negative -- or at best sluggish -- economic growth, even the most hardened optimist will concede that many of the fundamental economic challenges facing Europe are not short-term and cyclical, but structural in nature.

The downturn is not a reflection of an “old continent” that has forgotten how to work, but rather the consequence of a business model that is no longer delivering in the context of slow demand growth coupled with higher costs and price volatility for resources, including energy.

Europe simply will not be able to address these long-term structural shifts by applying budget austerity and a single-minded focus on productivity gains alone.

Managing the future needs of nine billion people within planetary boundaries demands that we shift from the old industrial model of “take, make, dispose” to a circular model that treats all byproducts and  “waste” as valuable resource streams for further use.

In an encouraging development earlier this month, the European Commission published its circular economy package to put Europe on a path to a new zero waste economic model.  It is estimated that waste prevention, improved eco-design, increased reuse and similar measures could yield net annual savings of €600 billion; combined with the waste legislation now in force, the new proposal would create 180,000 direct additional jobs.

This long awaited package shows that Europe has decided not to waste a good crisis, using it instead to drive systemic, visionary change for this necessary new economy.

The publication comes at a time when momentum for the circular economy is building as more and more businesses are integrating circular economic thinking into their supply chains, the business case is compelling and the economic opportunities are enormous. The Ellen MacArthur Foundation estimates that the opportunities in the fast-moving consumer goods sector alone could increase GDP by over one percent.

Turning worn clothes into new raw material for the production of stuffing or insulation could generate a net profit of close to 1000 euro per tonne of collected clothing.  Shifting to reusable glass bottles would generate a 20 percent cost reduction in packaging, processing and distribution per hectoliter beer production. Using new technologies to pack the volume of a 150ml bottle of deodorant into a 75 ml bottle saves 25 percent in aluminium packaging. These relatively modest numbers at a micro-level become a compelling economic growth potential when we scale their impact to a global macro-level.

We know the macro-level effects of inefficiency, however. A resource-efficient Europe must address wastage currently built into the system: food produced that is ultimately lost or wasted accounts for 11percent of all global CO2 emissions.

In Europe alone we throw away 29 million tonnes of dairy products each year. Worldwide, we lose or waste $750 billion of food annually at the same time as nearly 900 million people die from malnutrition every year – the numbers bluntly demand action.

Companies realise that this sort of inefficiency is unsustainable in a carbon and resource-constrained world: WBCSD members, for instance, are working to halve food loss and waste by 2020 as part of the Action2020 platform of business solutions. The business case is clear.

McKinsey estimates 2.13 trillion Euros in savings by 2030 when the full resource efficiency potential in the economy is captured, even rising to 2.7 trillion Euros when carbon emissions are priced correctly, subsidies on water, energy and agriculture are abolished and energy taxes are removed.

Regulators are playing a key role in scaling up action to land these potential gains and that is the real value of the EU’s circular economy package.

Companies must still negotiate linear economy hurdles in order to reap the full potential of the circular economy. In the current climate of raw material price volatility, there will be a tipping point when re-use and recycling become cheaper than extraction in the near future.

The EU could be a first mover in bringing this tipping point closer and in so doing would reap the competitive advantages that will deliver long-term economic vitality. Europe’s way forward will be to start thinking in circles.