How and why coffee is massive business for the UK 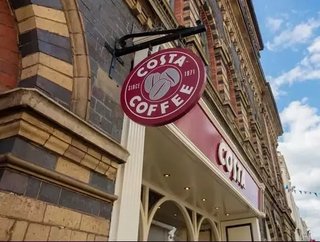 Whether it’s cappuccinos for the commute or an after-meal Americano, us Brits are crazy about coffee. The culture is engrained in the way we live — but how did it all begin and where is our love of java taking us? Paper coffee cup retailer, Inn Supplies, explores.

The growth of coffee shops

Over the past six years, the landscape of coffee shops in the UK has shifted dramatically — much to the delight of coffee-loving Brits. Nowadays, brands like Starbucks and Costa are household names, with outlets found in the majority of British towns and cities.

However, less than ten years ago, the number of these big-player coffee shops was considerably less. Costa’s growth is perhaps the most impressive — back in 2010, the chain had 658 coffee shops in the UK. In just a five-year period, that figure had grown by more than double to 1,582.

Although widely regarded as one of the world’s biggest brands, the number of Starbucks coffee shops in the UK is surprisingly low. In 2010, there were 595 outlets. By 2015, this figure had grown by just 124, taking the total to 719. While still dwarfed by Costa’s market share, the increase still illustrates our growing love affair with coffee.

In fact, all of the UK’s big coffee brands, including Caffè Nero, Pret A Manger and Wild Bean Cafe have witnessed growth in their number of retail outlets.

Other brands are trying to get a cup of the action too. Greggs has been steadily introducing coffee to their offering, growing the number of shops serving coffee from 1,269 in 2010 to 1,621 in 2015. In fact, as of 2015, 39 percent of the coffee market was occupied by non-specialist outlets, like pubs and supermarkets.

It’s no secret that pubs are struggling to keep up with the changing economic climate. The Campaign for Real Ale (Camra) reports that an average of 27 pubs are closing each week, with 1,088 shutting their doors between June and December 2015. The attachment of pubs to the thriving coffee industry works to underline the popularity and success of the shops.

How much coffee are we drinking and who’s drinking it?

Naturally, the growth in coffee shops is fuelled by a growing demand for java. According to research from Mintel, almost three quarters of Britons now buy coffee when out and about. This lifestyle is most popular in the 16-34 age category, with 81 percent doing so.

Further research from Kantar Worldwide found that 80 percent of coffee shop fans visit an outlet at least once a week. Some 16 percent of hardcore coffee lovers visit every day.

We drink an estimated 55 million cups of coffee each day in the UK. Over the course of the year, around two billion of these cups come from coffee shops. In 2015, we spent £7.9 billion in UK coffee shops. Showing a 10 percent increase on the previous year, this expenditure is set to soar again in the coming years.

Allegra predicts that by 2025, coffee shops in Britain will achieve a £15 billion turnover. To support this growth in revenue, the number of outlets is expected to expand too. The 20,728 coffee outlets recorded at the end of 2015 is set to grow to in excess of 30,000 shops.

With our love for coffee growing stronger by the day, there are no signs of the industry slowing. Anyone fancy a coffee?