The resurgence of the IPO market in 2014 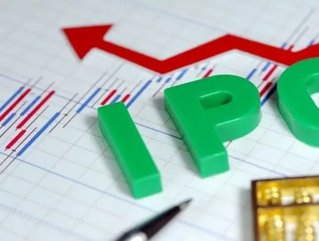 The pace may have seen a summer slowdown, but the IPO market has come an awful long way since the financial crash.

The first five months of the year saw the highest level of listings since 2007, marking an important turnaround for activity when compared to the doldrums of the recession. In 2009, just £600m was raised on the London Stock Exchange. Nearly ten times this level was raised by April alone in 2014.

Following the listing of Royal Mail and Merlin Entertainments last year, high profile names such as AO World, McColls and Just Eat followed suit in early 2014, with Saga listing in May and TSB in June.

While activity has calmed following the initial surge at the start of the year, we anticipate it will strengthen again in the remainder of 2014.

Looking at the pipeline of companies considering an IPO, there is still a lot of potential new supply over the next 12 months – and especially so if the FTSE sees a traditional end of year rally.

We initially forecast last year that the amount raised by IPOs would be 50 percent higher in 2014 than it was in 2013, but the underlying strength of the market suggests it could be significantly higher than this by year end.

The resurgence of the IPO market in 2014 is welcome news. IPOs perform a vital function, boosting the variety of investment opportunities for both retail and institutional investors. Moreover, they replace the companies that fade, merge or get taken over.

Capita Asset Services’ research shows that a proportion of companies disappear over time even from relatively recent new issues, with M&A (merger and acquisition) activity accounting for the vast majority of the attrition.

Our analysis of companies that that have undertaken an IPO in the last decade found that an average of 77 percent of firms are still listed on the London Stock Exchange.

Of the 23 percent that are no longer listed, around 18 percent have either been acquired or involved in a merger, with the remainder going into administration.

However, it is worth noting that often an acquisition or merger can be as a rescue or means to prevent administration. With this in mind, it’s crucial that companies are continually brought to market, to replenish choice and diversity across the exchange for investors and to give successful entrepreneurs and private equity houses an exit to reinvest their earnings in a new venture.

The opportunity for capital gains is a draw for investors, and pricing is a key component new issuers must consider in order to tap into investor demand, on top of clearly communicating the strong underlying fundamentals of the company.

Capita Asset Services’ analysis showed that in their first month, new listings outperformed the FTSE All Share by seven percent on average over the last ten years. The good news for investors doesn’t stop there, after six months listings were 11.5 percent ahead, and after a year, an average listing outpaced the index by 10.5 percent.

2014 is not following the historic trend. With such a pent up supply of companies to list, the sheer volume of companies coming to market has meant fund managers have been spoiled for choice.

Although the market is a far cry from where we were in 2009, there is not quite the same golden combination of a bull market and thin supply of issues seen last year which drove very strong initial performance.

That’s not to say it won’t return to trend over the longer-term, so long as the companies coming to market are reasonably valued and are able to demonstrate their robust business propositions.

Looking at the later years of an IPO, the probability of a company outperforming the wider index inevitably falls, but the gains by those that outperform outweigh the losses.

Two years on from listing, 57 percent of companies see slower growth than the index, however as an average, there is still an outperformance of 7.6 percent meaning a small number are doing disproportionately well. Five years on, companies should be seen as fully fledged listed entities, rather than new issues.

At this point, the trend continues with 32 percent of companies outperforming the market. However, on average, outperformance continues; this time at 3.7 percent, even accounting for companies that were bought out or went into administration.

The opportunity for capital growth is not the only key draw for investors – many are drawn to the long-term income potential a new listed company may provide.

The boom in commodity prices, following the puncturing of the credit bubble, triggered a surge in IPO activity from resources firms, culminating in the listing of Glencore. To give an example, Glencore International listed on the London Stock Exchange in 2011 raising £6.1bn, the largest on LSE records. However, since the float, the giant has paid out £2.27bn in dividends to investors.

The importance of IPOs to both investors and issuers cannot be understated. Not only do they bring fresh blood to market for investors, presenting opportunities to diversify, but they act as a key exit strategy for current owners or as a means to raise new capital for investment.