Why China's interest rate cut may not be the whole answer 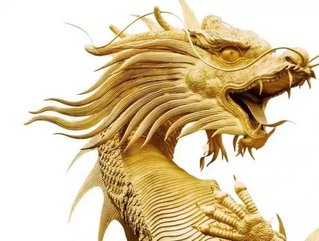 Since the People's Bank of China (PBC) cut its key lending rate by 0.25 percentage points to 4.6 percent in an effort to calm stock markets after two days of turmoil, the short term effect has been to boost global share prices. This was the fifth interest rate cut since November, however the Chinese economy has come under broader scrutiny in the last couple of weeks, and the country’s growth prospects now look a lot more uncertain. However Kamel Mellahi, Professor of Strategic Management at Warwick Business School and a specialist in emerging markets, believes that the Chinese fundamentals remain sound.

Professor Mellahi said: "The market is looking for some strong signs that China has enough ammunition and more importantly it is willing to use it effectively to weather this storm. The cut of interest rates by 0.25 per cent and lowering the bank reserve requirement ratio by 0.5 per cent may calm the stock market turmoil, but does not address the underlying causes.

"The devaluation of the yuan, a decline in exports, and multiple signs that China's economic pulse is slowing down at a much faster pace than expected have created a toxic cocktail, fuelling uncertainty and eroding confidence in the turnaround of the Chinese economy. The Chinese economy has hit some rough weather for sure. But is it a passing storm? I think so. What we are seeing now is a dress rehearsal of things to come. The Chinese economy is going to be on this bumpy road for a while and it will have ebbs and flows that will no doubt have a serious impact on the global economy.

"The devaluation was widely perceived as an export boosting measure to aid economic growth, which only fuelled concern about the health of the Chinese economy. But the devaluation may not be sufficient to boost export demand to the extent required to achieve this year's seven per cent growth target.

"With $4 trillion of bank deposits, China still has the financial firepower to alleviate market pressure. But the Government’s reluctance to initially interfere aggressively to calm markets around the world suggests that China has finally decided to let market forces play a bigger role in deciding the value of the currency.

"China is concerned that aggressive interference in the market may sow the seeds for future problems especially worsening the credit growth which is already high and could go out of control."