Advertising: How to Capture Consumer Attention in 2015 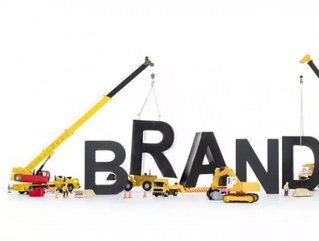 As the New Year gets underway companies will be looking to retain existing customers and attract new ones through carefully managed advertising and branding campaigns.

With the number of options open to consumers at the highest amount we have ever witnessed, it is increasingly difficult to differentiate from the competition.

Owen Hanks, General Manager Europe at YuMe, answers our questions on advertising in 2015.

BRE: Is it getting harder to capture consumer attention with advertising?

OH: Brands are increasingly finding it harder to capture and retain audience attention as a result of consumers becoming increasingly distracted. Consumers also have a myriad of options for ad avoidance – whether looking at a different screens, or fast-forwarding through ads – so how can marketers ensure they are capturing the attention of their audience?

We recently commissioned a research study with IPG Media Labs to look at factors – outside of creative – that influence consumer attention. Somewhat surprisingly, the study found that users are most attentive when they are either commuting, at work or at school, and when using a smartphone. Less surprisingly, it also found that consumers who paid attention to advertising had significantly higher brand recall and favourability than those who didn’t.

How can brands make sure they are attracting the right audience with their advertising?

There are multiple ways a brand can ensure they are attracting the right audience. Even targeting in its most basic, channel form is very effective and, when it comes to online, the application of data is frequently used in campaigns.

For video, it is crucial to examine the types of data being utilised for advertising campaigns. Ideally, data built-for-purpose should be used to target the most appropriate audience segments. Given mobile plays such a key part in the marketing mix, targeting users across screens is also important.

If you had to give a brand three top tips when planning an advertising campaign what would they be?

3. Always have clear objectives, especially when it comes to measurement. There is no point applying a direct response measurement, such as clicks, to a brand campaign.

Are advertisers able to measure the success of their campaign across multiple screens?

Ad effectiveness studies are often used to measure linear TV campaigns and at YuMe we would advocate the same approach for online video advertising. Providing the campaign is sufficient in size, this identical methodology can be applied on each screen, allowing advertisers to measure which screens score the highest for certain brand metrics – such as purchase intent and brand association. We often run this type of measurement on behalf of our clients.

What can we expect to see emerging within the advertising industry for 2015?

In many senses 2014 has been a year of maturity for the video ad market. It’s encouraging to hear agencies are adopting a screen-agnostic approach, which is something we have been championing at YuMe for several years.

Other than the inevitable move into programmatic, I expect the conversation on viewability to change to one about safeguards against fraudulent traffic. I would also expect the slow, steady growth of connected TV to kick up a gear in 2015.