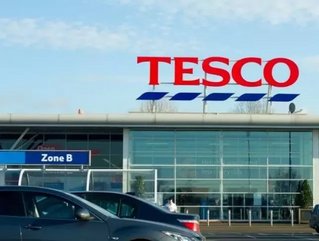 The award-winning UK advertising specialist has created famous adverts for the likes of Audi, Levi Straus, Johnnie Walker and British Airways, with Lewis likely to have had previous dealings with the group from his time at Unilever, for whom BBH created Lynx adverts.

This partnership with BBH and consultants Blue Rubicon signals an end to the work between the UK’s largest retailer and ad agency Wieden+Kennedy.

READ MORE: UK Supermarket Wars: Will Tesco Ever be the Same Again?

Commenting on this latest development, Lewis told Reuters: “Blue Rubicon is a proven adviser to boards around the world on corporate and brand turnarounds. It will lead on reputation strategy, positioning and reputation campaigning.

“Both businesses will play a central role as Tesco reconnects with customers and rebuilds trust in the brand in the coming years.”

Only last week did the supermarket commit to cutting costs in a bid to compete on price with discounters Aldi and Lidl, following in similar footsteps to Morrison’s and its Match and More card.

Whether BBH are able to repair a reputation so badly damaged by a £263 million H1 profit overstatement, leading to the suspension of several leading executives, is yet to be seen. The supermarket is also looking to regain custom lost to the German retailers.

The marketing package between Tesco and BBH is said to be worth £140 million.

Despite the gloom, signs over the Christmas period can be taken as cause for some optimism, for trading improved significantly as the new boss revealed his plans for the company. Like-for-like sales in the six-week Christmas period were actually down 0.5 percent, but this is compared with a 4.4 percent fall in the previous three months.