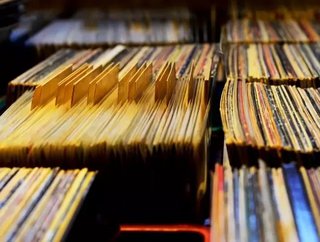 After a hotly contested bidding war with Mike Ashley, owner of Sports Direct, Canadian music entrepreneur Doug Putman has successfully closed the deal to purchase 100 locations belonging to the collapsing media chain HMV. According to a report by the Guardian, although 27 of HMV’s stores will close due to high rent locations, 100 have been saved, along with nearly 1,500 jobs.

Doug Putman made a similar business decision in 2017, when his music retail company Sunrise records took over 70 HMV stores following the company’s Canadian arm collapsed into administration. Putman’s approach has paid off, as the stores are now profitable. His approach involves putting a new spin on the brand’s business model. In an interview with Spill Magazine, Putman said: “It’s all about listening to what the customers want. I think HMV was so used to handling things the same way for years that they didn’t want to change, but we knew going into this that it would be quite the task, so our only option was to do things differently”

His plan involves turning HMV record stores into a more in-depth source for vinyl. In the interview, Putman used the band Fleetwood Mac as an example. Whereas high street record shops would traditionally stock the band’s quintessential record Rumors, Putman’s model focuses on moving beyond greatest hits. “Rather than having what I call the ‘basics’, we would offer Tusk and Tango In The Night. It takes it deeper and it gives the customer that assortment in the store.”

In a statement made this week announcing the deal, Putman said: “We are delighted to acquire the most iconic music and entertainment business in the UK and add nearly 1,500 employees to our growing team. By catering to music and entertainment lovers, we are incredibly excited about the opportunity to engage customers with a diverse range of physical format content, and replicate our success in Canada. We know the physical media business is here to stay and we greatly appreciate all the support from the suppliers, landlords, employees and most importantly our customers.”