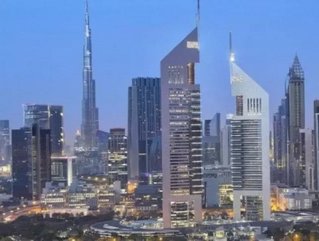 Smart Living City Dubai 2014, the inaugural edition of the biannual event that focuses on highly successful local and international Smart startups, will take place next week from September 15-16, 2014, at Jumeirah Emirates Tower, Dubai.

To be held under the patronage of H.H. Sheikh Hamdan Bin Mohammed Bin Rashid Al Maktoum, Crown Prince of Dubai and Chairman of Dubai Executive Council, the event is organized by TASWEEK and Inside Investor.

Here are five things to expect from the event:

Masood Al Awar, CEO, TASWEEK Real Estate Marketing and Development said: “With many of the world’s leading cities gradually making a move to become Smart Cities, there is a need to address key challenges of a Smart City such as Smart urban development, building Smart technology infrastructure, and integrating key government services under one Smart platform.

“In line with Dubai’s Smart City initiative, we are launching Smart Living City in the emirate to offer a channel to brainstorm about planning, implementation and management of the process. We are upbeat that visitors will find the event interesting and informative as well as open up avenues for more interaction between public and private sector.”