Why straddling makes no business sense 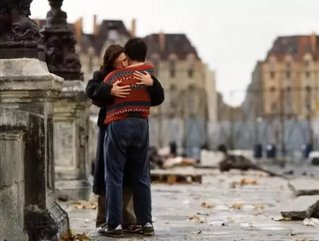 It’s long been a cliché that French film directors consider themselves artistes divorced from and even disdainful of commercial concerns. A new academic study co-authored at University of Cambridge Judge Business School and HEC School of Management in Paris finds there might be good reason for that.

The just-published study looked at 983 films involving 323 French directors over a decade (1988-1997) to examine what happens when directors “straddle” the artistic-commercial line to also serve as producers – in order to measure “the extent of sanctions imposed by the original community (film artistry) relative to the benefits received from the new community (business).” In academia, such straddling is known as “logic combination.”

Looking at how such films fared both commercially (at the box office) and reputationally among the artistic community – based on awards such as the Cesar, France’s top cinema award, the Oscars, and recognition at the Cannes Film Festival – the study found that “for directors, artistic penalties may override commercial benefits.”

It found that a film director’s standing in the artistic community is “impaired” by repeated participation as a producer, and that performance at the box office benefits only if directors “remain close to the boundary” separating directing and producing – in other words, keeping their distance from the business of making money through films and not losing their identity as artists.

“In the context of French cinema, the original artistic community is less inclined to bestow further recognition to directors who repeatedly combine logics (direction and producing),” concludes the study – entitled “Logic combination and performance across occupational communities: The case of French film directors” – which was just published online in the Journal of Business Research, before appearing in print in the journal later this year.

Yet, the findings for French film directors don’t necessarily extend to some other communities, including Hollywood directors, because directors in Hollywood “do not customarily benefit from the same cultural recognition as artists and from the same degree of control” over their films as do their French counterparts.

“There is undoubtedly something unique about the French film ecosystem, but we think these findings are useful in looking at the combination of roles in other creative industries as well,” says the paper’s co-author Allègre Hadida, University Senior Lecturer in Strategy at University of Cambridge Judge Business School. “As multitasking develops across industries and functions, the issue of how so-called ‘straddlers’ are received in both their old and new communities is an important one for strategy studies.” The study’s co-author is Rodolphe Durand of HEC School of Management in Paris.

Noting that other “cultural entrepreneurs” such as well-known restaurant chefs who become TV celebrities or franchise into new geographic areas also “combine logics,” the study says that its findings may prove relevant to understanding “the extent of sanctions imposed by the original community relative to the benefits received from the new community.”

The decade 1988-1997 was chosen by the authors because it was a very stable period for French filmmaking, owing to French tax benefits for cinema established in 1985 and steady investment in cinema production by company Canal Plus, and because the decade chosen predates many changes brought about by digital technology since the arrival of DVD players in France in 1998.

For followers of French film, that decade included such well-known movies as Conte d’hiver by Eric Rohmer, Les Visiteurs by Jean-Marie Poiré and Les Amants du Pont-Neuf by Leos Carax. The 323 directors studied made at least two films released in France during the decade covered by the research.