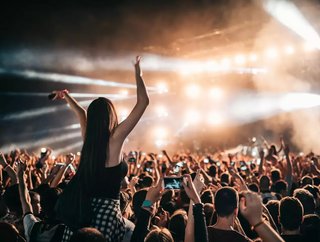 If you think it’s just the gig economy with an independent contractor problem, think again

In a short space of time, the so-called ‘gig economy’ has changed from a techtopian success story to a raging battlefield over the definitions of employment and self-employment. On the one hand, companies still evangelise about the independence and flexibility that their business model offers the contractors who provide their services. On the other hand, many contractors argue that this independence is a myth and they’re effectively being employed, only without the protection of sickness and unemployment benefits or the right to paid leave.

This is a complex issue, with two recent court cases in the UK involving Uber and Deliveroo resulting in markedly different outcomes. But these cases raise wider questions for companies outside the gig economy sector, and should act as a wake-up call to any business that retains people on a full-time contractual basis, because a sizeable number of them are breaking the law.

In February 2021, the UK’s Supreme Court ruled that Uber’s drivers should be treated as ‘workers’, not independent third-party contractors, entitling them to basic employment protections such as minimum wage and holiday pay. The Court concluded that Uber misconstrued its relationship with the drivers, with the company forced to set aside £430m to resolve historic compensation claims from drivers.

A similar case brought against Deliveroo went in the company’s favour when Court of Appeal judges ruled in June 2021 that its delivery drivers couldn’t be classified as workers. What made the difference in their case was one simple word: “substitution”. Putting it in contracts allowed Deliveroo to make the claim that its drivers could theoretically ask someone else to carry out a delivery for them, therefore bringing “independence” to their job.

However, it’s likely that union and political pressure will be brought to bear to close this loophole in the future, as the perceived exploitation of workers is not a good look for anybody. And with the Office for National Statistics calculating that the UK’s independent workforce stands at 6.6 million people, it isn’t an issue that’s going to go away.

It's easy to assume that such concerns only affect the gig economy. Yet any business that employs independent contractors needs to look very closely at the nature of their agreement and the type of work that’s being undertaken, because officials won’t just stop at Uber and Deliveroo in their efforts to identify employment misclassification issues.

Workers located overseas hired as full-time contractors rather than employees are particularly vulnerable to scrutiny. Many companies will have chosen the independent contracting route to bypass the complexities of cross-border employment and taxation. But even if both sides agree to such an arrangement, local tax and employment authorities will often beg to differ if the worker is clearly having their work directed by the company.

Governmental bodies in every country actively seek to make sure individuals are employed correctly and receive all their rights – hiring full-time workers as independent contractors often means that the worker is not afforded those rights. It’s also seen as a way of evading taxes and other statutory payments that a company would otherwise be obliged to pay as a local employer.

Of course, the great majority of companies aren’t seeking to break the law or evade tax – it’s just historically been easier and cheaper to contract individuals rather than go through the lengthy, complex and expensive process of setting up as a local employer. However, given that it’s now financially possible to legally employ overseas workers via a local Employer of Record, there’s less reason than ever to contract overseas workers.

The repercussions of misclassifying employees include financial penalties, but can also impact company directors directly. In jurisdictions such as Germany, they may be liable both for severe fines as well as prison time. Ultimately, hiring remote workers as full-time independent contractors will increasingly be seen as poor employment practice, impacting the reputation of companies and their ability to attract talent.

Companies need to be honest with themselves. While operating an independent contractor model might seem like the easy solution in the short-term, it’s a recipe for regulatory and financial pain further down the line, particularly when working across international jurisdictions. And as stories such as the Uber and Deliveroo cases continue to grab the headlines, more and more independent contractors will begin to question their employment status and rights, and whether or not they’re being treated fairly.

What might seem like just a gig economy issue is in fact raising fundamental questions about what it means to be rightly employed in any industry. And with Covid-19 focusing authorities’ attention on the future of remote working and the protection of employees, it’s likely that more action will be taken against companies seen to be bending the rules and exploiting their staff.