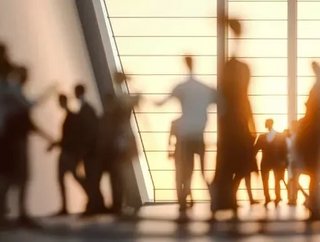 In a week where Tesco’s brand director leaves after six years and Guy Carpenter appoints global co-heads of cyber, we round up the latest executive transitions across EMEA, from South Africa to the UK and UAE.

Jim Moffatt is set to leave his role as Chief Executive of Euroope and Asia at Engine Group to join Apple EMEA in a senior role. Prior to Engine, Moffatt was at R/GA and ran the Interpublic agency’s London office, before moving to APAC as Executive VP to expand its presence, and before than had roles at Nike and AKQA.

Experienced banker Kennedy Bungane has been named CEO of African Bank Group and will lead the bank’s ongoing growth and transformation within the South African financial services landscape. With more than two decades of experience under his banking belt, having begun his career at Standard Bank in 1991, Bungane has a proven track record in identifying and nurturing leadership, along with a keen sense of managing complex stakeholder issues, and “critically, has a good grasp of the strategic challenges facing the Bank, within a muted South African economy and competitive landscape”, says chairperson Thabo Dioti.

Currently a Partner at Goldman Sachs, Michael Bruun has been appointed head of corporate equity for EMEA and will work with the team to develop its European private equity investment activity as well as playhing a key role in expanding the bank’s ESG-focused investments regionally. Joining Goldman Sachs as an analyst in FICC in 2004, Bruun moved to the Merchant Banking Division in 2010 before being named Managing Diretor in 2013 and then Partner in 2016.

Former Aviva senior executive Lindsey Rix has been appointed UK Chief Executive of Canada Life and will continue to build on the strategy set by the UK board to deliver a significant transformation programme. With decades of experience working in corporate banking, wealth management, retail savings and retirement, Rix most recently served as a senior executive at Aviva, leading the firm’s savings and retirement business

Following the retirement of the current COO for Marriott International, Middle East, Sandeep Walia is set to take up the position. Responsible for the company’s 21 hotel brands across 10 countries, Walia will be tasked with driving Marriott’s recovery across the Middle East following the pandemic and growing its presence in the region. Having started in hospitality in 1996, Walia joined Marriott in 2005 and worked in a number of leadership positions worldwide, from Egypt to Moscow to Western Europe, most recently serving as Area Vice President for the UAE.