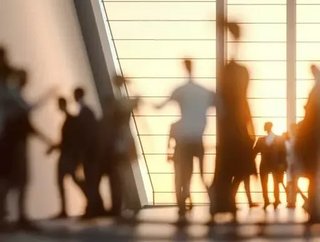 Another week, another handful of executive moves into and across the EMEA region.

In a week where senior investment manager Jeremy Ward departed Coutts bank after eight years to return to New Zealand, and three top execs including the CCO, CTO and executive director HR leave Tata Steel Europe, there were plenty of movements to and within the EMEA, including at BP, Generali, Stripe, M&C Saatchi and Chubb.

Following more than 20 years at the Energy Institute as CEO, Louse Kingham is set to join BP as UK Head of Country and Senior Vice President for Europe in May replacing Peter Mather who is leaving at the end of the year. Joining BP at a pivotal time in the energy industry, Kingham boasts a wealth of knowledge and experience across a broad range of issues within the energy sector, and brings to the BP table experience in “public policy, issues management and stakeholder engagement, not to mention her extraordinary network”, states William Lin, Executive President Regions, Cities & Solutions.

Google’s former head of communications and public affairs for EMEA, Peter Barron, has joined online payments firm Stripe as head of communications. Prior to Google, where he was for more than a decade including as VP of Comms and PR for the tech giant’s EMEA divisions, Barron was editor of BBC Newsnight. Confirming the appointment on his LinkedIn page, Barron revealed: “Stripe is working to make it easier for businesses around the world to success online. At this point in history, no goal is as valuable as helping the world build the economic infrastructure need for sustainable recovery.”

Having been CEO of GIAM since 2019, Francesco Martorana has been appointed as Group Chief Investment Officer for Italian insurer Generali’s insurance business Assicurazioni Generali. Martorana previously worked at Generali, from 2013-2019, heading up asset liability management and also investments, and in this new role will be responsible for steering, coordinating and monitoring all investment activities for Generali’s insurance portfolios.

With three decades of insurance industry experience under his belt, most recently as Claims Operations Transformation Manager for the UK and Ireland at Chubb, Richard Shanks has been promoted within the insurer taking the role of Claims Director for Uk and Ireland. According to John Latter, Senior VP, Claims Director, Europe, Eurasia & Africa, Chubb, will bring a “strong track record of leading teams to deliver excellent claims service” as well as “leadership and energy” to help “drive change as we evolve our award-winning claims proposition”.

With nearly two decades of experience in technology consulting at a range of leading professional services firms including EY and Deloitte, Isme Oosthuizen has been appointed as Associate Director at BCG Platinion, the IT architecture and solutions unit of Boston Consulting Group, in its South Africa office.

With the company expanding its expertise worldwide, including in Africa, Oosthuizen will be in the Johannesburg office to provide an additional level of support to clients in the region in their quest to define their digital journeys. Oosthuizen brings a track record of successfully delivering multiple complex projects and a background in data architecture and data analytics in the context of large-scale digital transformations.

Having previously served as Chief People Officer for TalkTalk and Mind Gym, Mark Dickinson-Keen is taking up the same role but at M&C Saatchi Group, marking a CPO first for the advertising company. Bringing a wealth of experience leading the people agenda for businesses through times of organisational transformation, Dickinson-Keen will be responsible for developing the company’s people strategy and the capabilities, culture and overall employee experience for the next phase o fthe business.

Following nearly a decade at Santander Asset management where he most recently served as Chief Investment Officer, Tom Caddick is set to join Nedgroup Investments as Head of Investments, London, for the Multi-Management division. Caddick’s more than 20 years of investment experience makes Tom “the perfet candidate to continue our strong growth trajectory in both international and European markets”, states Andrew Lodge, European and UK Managing Director at Negroup Investments.