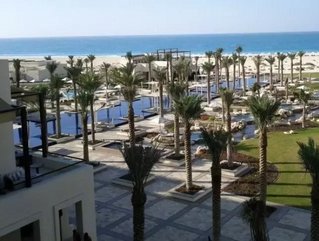 He has been replaced by Ahmed Khoori as acting boss having played a large part in the continuing growth of the company, which now boasts a portfolio of iconic hotels.

Riley had been at the company since 2008 and launched a new restaurant unit, with the business also active in the tansport and catering markets.