Is Africa missing out on US Free Trade Deal? 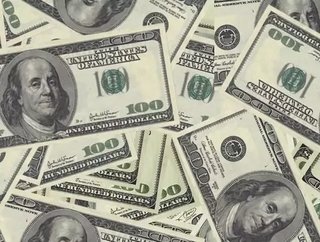 Officials from the US and a number of African countries will hold talks in Gabon following the recent renewal of the African Growth and Opportunities Act (AGOA).

RELATED: US and South Africa in AGOA chicken trade row

AGOA was first signed in 2000 in order to boost in order to boost trade between the two blocs through the removal of tariffs and quota arrangements. Since then it has been renewed several times, recently having been extended by a decade.

RELATED: Tensions between USA and SA continue to rise over AGOA trade deal

Since inception, the act has faced criticism for being one-sided and not delivering the opportunities that have been promised. As much as 90 percent of the exports leaving Africa are comprised of natural resources, particularly oil, which increased by over 500 percent between 2000 and 2011.

RELATED: Change in attitude to boost Tanzania’s engagement with AGOA

The recent slump in commodities triggered by China’s yuan devaluation, alongside the recent AGOA renewal has called for a long hard look at what can offer, as well as what it has already achieved.

While the removal of quotas stimulated the growth of thousands of jobs in Southern Africa, the exposure to the global market also meant that these new operations would face competition from players outside of the country.

Trade has certainly been facilitated and statistics also suggest a positive balance of trade in favour of the AGOA countries; in 2008, the balance was $64,301,562 in favour. African exports to the United States rose to $26.8 billion in 2013.

RELATED: US and South Africa reach agreement over AGOA

Failure to diversify and industrialise has been cited as the two prime reasons for not getting the most out of the deal, which could also been seen as an attempt to explain the continued dominance of oil and raw materials exports.

SOURCE: [The Globe and Mail]