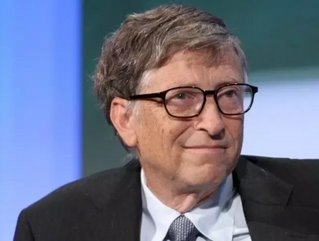 Bill Gates has voice his optimism for the future of Africa stating that “the rise of this continent will depend on whether leaders are open to learning from each other and their own people”.

The co-chair of the Bill & Melinda Gates Foundation shared his views in a speech given to students in Ethiopia at the Addis Ababa University where he was given an honorary degree.

“Africa is now in an incredible position to shape its own destiny for the better for one very simple and powerful reason: the countries of Africa are learning from each other.”

In his remarks, Gates acknowledged the development gains made through foreign governments, international aid, and non-profits, such as the foundation, but asserted that “the real fuel for development will be the resources of African nations themselves; whether that’s in the form of government funding, private-sector investment, or just plain human creativity at all levels of society”.

“This is where the idea of ‘African countries learning from each other’ becomes so important,” he continued. “If you want to spend your national budgets as effectively as possible, there is now a clear path for doing exactly that, and Africans themselves are defining that path, for others to follow if they choose.”

During his visit to Ethiopia, Gates emphasised the importance of health and agriculture, commending the government of Ethiopia for its Health Extension Program and the establishment of its Agricultural Transformation Agency.

“If you get health and agricultural development right, the gains are exceptional, and they reverberate through the rest of your economy for decades to come,” he added.

He also praised other nations, including Liberia, Malawi, and Tanzania, for the great progress made in cutting child mortality rates, but acknowledged that there is still a long way to go before Africa reaches its full potential.

“There is no path to lasting growth within Africa that is not widespread growth. It’s not possible. If Africa seeks prosperity, it must provide for the health and nutrition of all – including the poorest.”