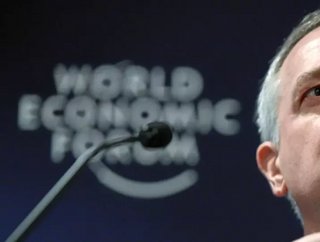 If ever there was a leader who practices what he preaches, it’s Paul Polman, former CEO of Unilever and one of the loudest sustainability voices

Anyone worth their sustainability salt knows the impact Paul Polman made at Unilever. CEO of the consumer goods giant for a decade (2009-2019) and the first outsider to lead the Dutch-Anglo company since its founding in 1929, Polman developed an ambitious plan, to separate the company’s growth from its overall environmental footprint, and to increase its positive social impact. It was a risk, but one that ultimately paid off.

Unilever’s pioneering and now-famed decade-old Sustainable Living Plan not only helped the company reach 1.3bn people through its health and hygiene programmes, but also delivered consistent top and bottom-line growth, both positioning Unilever as a sustainability leader and demonstrating that a long-term, multi-stakeholder model can exist alongside excellent financial performance. In fact, under Polman’s decade-long leadership, Unilever was one of the best performing companies in its sector.

This delivery of – and commitment to – long-term, sustainable capitalism isn’t something Polman left at Unilever’s door, however. Both, while he was leading the charge at the company and since departing, Polman has practiced what he’s preached, and since his retirement from Unilever in 2019, continues to preach what he has practiced.

Because Polman not only pulled off Unilever’s pioneering plan, proving ‘corporate can be clean’ to the wider business world, but he played a significant role in developing the UN’s Sustainable Development Goals, and established the Business and Sustainable Development Commission, whose flagship report mapped the economic prize for firms that align with the goals

And such significant ‘responsible business’ achievements have resulted in a significant number of awards, not least France’s prestigious Chevalier de la Legion d’Honneur for his role in the historic 2015 Paris Agreement, a British Knighthood, and 13 honorary degrees.

Since his retirement from Unilever in 2019, Polman has dedicated himself to advocating the Goals he helped develop with the co-founding of Imagine – a social venture that aims at galvanising industry leaders around the 2030 Sustainable Development Goals.

So, when he’s not working with organisations to help them realise business as a force for good or rallying business leaders into purposeful action, he’s actively mentoring young leaders (as Chair and Counsellor of One Young World), and putting his money where his mouth is, both as an active philanthropist to a number of causes and a charity founder (Kilimanjaro Blind Trust).

And with the pandemic having “put us back probably 20-30 years on the sustainable development goals” as Polman recently told CNBC, with whom he co-founded the ESG Council in April, Polman is even more fired up in convincing business leaders to accelerate their corporate responsibility efforts. Kudos to that.