Can electric vehicles go the distance in South Africa? 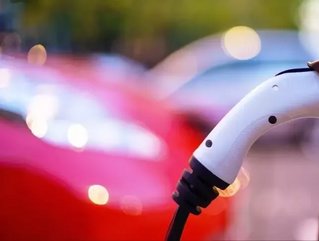 Kobus van Staden is the Account Manager at Automotive Industry at T-Systems South Africa. Here he shares with us his opinion as to whether electric cars have a sustainable market in Africa:

The ever-increasing fuel price is one of many factors making electric vehicles an attractive option. Another one is their ever-growing availability, as more car manufacturers produce their own version of the economic, green vehicles. However, with less than 900 electric vehicles sold in South Africa since they were introduced to the market five years ago, current local uptake and interest doesn’t bode too well for the viability of electric cars on home soil.

Lack of infrastructure, and an unrefined policy around the technology, could be the reason for the slow adoption.

Electric vehicles form part of a complex ecosystem which includes infrastructure like charging stations, practical considerations such as charge time, and having the right policies in place to both drive uptake and ensure sustainability. Even things such as battery waste needs to be taken into account.

A few shopping malls and office buildings have made efforts to provide charge stations for electric vehicles on their premises, however, charge stations are not yet readily available. While the dependency on fuel-driven and hybrid vehicles is still so high, chances are that implementing charge stations nationally is likely to take at least ten years.

The outlook isn’t all bad, though. The South African National Energy Development Institute (SANEDI), together with the Electric Vehicle Industry Association (EVIA) and the South African Smart Grid Initiative (SASGIA) are working on proposals and strategies to prioritise the development of public, private and commercial charging networks in South Africa.

Legislation and standards will help to drive uptake. Currently, there is little basis around which to build a charge station, as the charge points and vehicle charging times are not standardised and vary between manufacturers. Legislation around vehicle standards, emissions taxes and possible rebates for electric vehicle owners will definitely promote increased electric vehicle uptake as well as infrastructure provision.

Electric vehicle manufacturers are playing an active role in creating practical solutions for customers, encouraging their buy in. While the infrastructure may not be wholly in place yet, manufacturers are looking for ways to make electric vehicle more attractive. For example, BMW’s i3 and i8 allows drivers to sync their car with their GPS and calendar to calculate the nearest charge points based on where they will be during the day.

Manufacturers are also working in tandem with battery manufacturers to develop longer running, lower charge batteries. In the meantime, hybrid cars offer the best of both worlds, allowing for fuel engine use while the car’s batteries charge. However, the possibility remains that while hybrid cars are available, they may also delay the urgency for a fully electric vehicle grid support system.

The advent of an electric vehicle world may well herald the end of fuel-based driving and with it, the slow shutting down of a highly profitable market sector. However, there is scope for new markets to open up, thereby closing the fuel engine gap.

The private sector will play a role in driving the building of infrastructure as private companies build their own charge stations, with the potential to make these publicly available for a fee. Energy providers may emerge to work hand-in-hand with Eskom to supply alternative energy as the demand for charge stations increases.

From a car servicing and battery perspective, the industry will surge as options for recycling batteries and ‘drive-thru’ type service stations arise. I believe we will start seeing entire new industries emerging, as quick thinkers and early adopters cotton on to the electric vehicle trend - a trend which is likely to become a lifestyle.

There is no doubt the move to electric vehicles will change the South African motor industry in its entirety, despite the long-predicted timelines.

Firstly, parts departments and component suppliers are likely to feel the pinch in the initial phase of electric vehicle uptake, as fuel-based vehicles become less popular. We will, however, see a co-existence of fuel and electric ecosystems for a long period of time, making this a very slow process.

Secondly, South Africa’s entire road infrastructure landscape could be changed in as little as fifty years. There are roads in the United States that are being built with wireless charge capabilities for electric vehicles. It’s a matter of time before we explore similar technologies and work them into our still-developing road infrastructure build phases.

Lastly, we will see a growth in new technologies geared towards electric vehicles. For example, we are seeing Formula E vehicles now capable of completing an entire race on a single charge. This is only one of many predicted advancements which will fuel the electric vehicle market.

While we consider electric vehicles as the way forward, we may ask the question: are they the future, or a precursor to a more advanced type of vehicle?

MySpace was originally considered the future of social media but was quickly overtaken by Facebook. Electric vehicles may look like the future now, however, electricity is still largely dependent on fossil fuels with finite availability. There are many advancements being made in the likes of hydrogen and even nuclear fuelled vehicles, however there are still many questions around sustainability, safety and the impact on global markets that form the backbone of most countries. It will be interesting to see whether electric vehicles go the distance, or simply be the first of many iterations in alternatively fuelled cars.