Meet the company: Volvo Cars leads the drive for electric 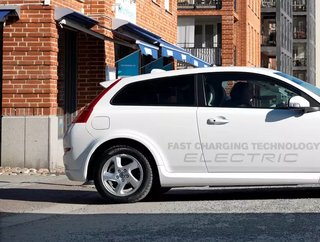 As Volvo Cars rejoins the stock exchange after a 22-year hiatus, we profile a pioneer leading the electric car revolution

It’s been a momentous week in the life of Volvo Cars. The Swedish automaker has returned to the stock exchange for the first time since 1999, making its entry onto the Nasdaq Stockholm, and marking its transition to an electric-only brand by 2030.

This move by Volvo to IPO – to make itself more attractive to investors, and in turn help fund its all-electric dreams – has been on the cards since the summer when the Swedish carmaker struck a deal to buy out Chinese parent company Geely from their joint ventures in China.

This gives the 94-year-old manufacturer, which was bought by Geely from Ford Motor Company a decade ago during the global financial crisis, full ownership of its manufacturing plants in Chengdu and Daqing in China.

It also paves the ways for Volvo Cars to more smoothly and successfully realise its electric dreams – which are the most ambitious of any leading carmaker on the planet. Moreso in fact than the American automaking giants of Ford and General Motors.

How did Volvo Cars get there?

So, how did this once unassuming Swedish brand, synonymous with safety, reliability and environmental care – giving it a somewhat ‘boring’ reputation – get to such a position of power?

Well, the answer is in the question. By being exactly that… ‘boring’. What may once have been seen as ‘boring’ – Volvo’s values of, and pioneering spirit in the areas of safety, practicality and environmental care – have come home to roost.

And Volvo, which is now in the perfect position to capitalise on its history, values and expertise, is having its time in the sun. Like any carmaker worth its salt, Volvo has carved out a niche for itself, with safety and sustainability taking centre stage. In fact, the brand was born on the back of being safe, with its two Swedish entrepreneurs inspired to make cars “because we believed nobody else was making them strong enough or safe enough for Swedish roads”.

Whilst the brand made its official debut in 1927 when the first-ever Volvo car rolled out of its factory gates in Gothenburg, Sweden, it wasn’t until 1944, with the launch of the PV 444 (aka ‘The Little Volvo’) that the company hit international heights.

A sign of post-war prosperity, ‘The Little Volvo’ was snapped up by 2,300 people within the first two weeks of launch and set the stage for the brand’s capture of international markets. The car made its debut in California in 1955 and within just a few years Volvo Cars had become the second-biggest importer brand in California and by the mid-70s the US had become Volvo’s biggest market.

Harnessing safety as a brand focus early on, Volvo innovated many safety firsts securing the brand’s international reputation for safety. As well as introducing the three-point safety belt in 1959, now the industry standard for all cars and responsible for saving more than a million lives, the firm was officially chosen by the US Government, in 1976, as the benchmark to set safety standards for all new cars.

And as the technology got smarter, Volvo got smarter on safety, defining a completely new type of road safety system with ‘connected safety’ using the cloud to share critical data between vehicles.

Volvo values – sustainable since the 1940s

Equally pioneering on the environmental front, Volvo’s commitment to sustainability dates back to the 1940s with its remanufacture of exchange parts (recycling gearboxes).

Recognising its own role as a polluter back in the ‘70s at a UN conference in Stockholm, then company CEO Pehr G. Gyllenhammar announced, “We are a part of the problem – but also a part of the solution” and subsequently published a report on ‘Mobility and Environment – the Volvo view’.

Always ahead of the eco game, the company make an environmental breakthrough in 1976 with the introduction of its three-way catalytic converter, the Lambda sensor, reducing harmful emissions by up to 90% and becoming an integral part of all petrol-powered cars, even today.

And so, the eco credits kept rolling: in the ‘90s, it set environmental requirements for its suppliers; since 2008, has used only hydropower at its European manufacturing plants; and in 2012, created the first-ever diesel electric hybrid car. This focus on, and expertise in, sustainability over the past eight decades has positioned the pioneering brand perfectly. And they are ready to take the lead.

With the unveiling of Volvo’s first fully electric SUV in 2019, the XC40 Recharge P8, the carmaker has set its sights on an all-electric future with every new Volvo launched since 2019 housing an electric motor and pledging to launch a new fully electric car every year over the next five years.