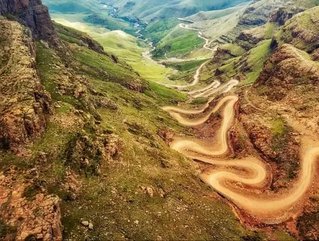 Lesotho is the first African country to grant medical marijuana licenses, and as such Halo Labs has identified the country as a potential export hub. In its 17 June press release, the company said that the acquisition would help it to grow at scale and meet the quality standards necessary to distribute to European cannabis markets, as well as the consumer market in Africa itself.

Kiran Sidhu, CEO of Halo Labs, said: “The high-altitude, low-humidity climate and access to water, as well as low cost utility, tax, and labor rates mean cannabis in Lesotho can be cultivated naturally at a very competitive cost. While most of the licenses issued to date restrict cultivation to 2-3 hectares and indoor or greenhouse growing, Bophelo operates one of the largest sites in Lesotho at 5 hectares. The state has also given Bophelo preliminary approval to expand up to 200 hectares and has indicated they would consider granting permission for outdoor growing from 2019 onwards, following consultation with the INCB (International Narcotics Control Board). Bophelo has secured this site with a 20-year lease and option to renew for an additional 30 years.”

Halo Labs said it had entered into a letter of intent to acquire all of Bophelo’s 40,786,667 shares for a sum of approximately $18.4mn. The company said it had the potential to produce some 4.6mn grams of high quality EU Good Manufacturing Practices (GMP) cannabis concentrate a year.

“We anticipate EU GMP cannabis concentrate would be exported to the European market at an estimated price of USD $10 per gram while our FOB Lesotho all-in cost ready for export would not exceed USD $2 per gram,” said Sidhu. “We expect the initial planting to occur in November and to complete our first harvest by the second quarter of 2019.”