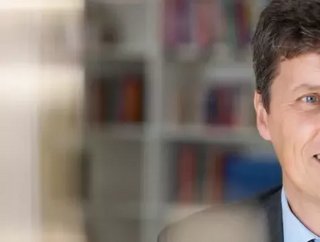 Having successfully fused sustainability and profit-making as CEO of Barry Callebaut, could Danone’s newly-named CEO do the same for the dairy giant?

On April 22, de Saint-Affrique announced he was stepping down at the end of August as CEO at chocolate maker Barry Callebaut, which sparked speculation that he was front-runner for the top job at Danone. And he was. Following a rigorous selection process led by Danone’s Governance Committee and with unanimous Board approval, the 57-year-old Dutch national was officially named on May 17 Danone’s new CEO.

He will succeed the joint interim leadership of Veronique Penchienati-Bosetta and Shane Grant, who have been in place since the departure of Emmanuel Faber, who left in March following pressure of shareholders who strongly criticised his policy and that Danone’s financial performance lagged behind rivals Unilever and Nestle.

In this new role, de Saint-Affrique will lead Danone's global business, with its more than 100,000 employees, portfolio of branded products available in 120 markets, with sales generation of €23.6bn (2020).

Why de Saint-Affrique is the man for Danone's top job

De Saint-Affrique is the obvious choice. Not just because of his more than three decades in the food industry – his first internship was at Kronenbourg 35 years ago – but because in previous executive positions, including at Unilever, he has managed to focus on sustainability and yet still create profitable growth.

In fact, since taking the reins of high-quality chocolate manufacturer Barry Callebaut in 2015, the company's share price has more than doubled with Group sales rising by 17% and profit by more than two-thirds pre-pandemic. All this while successfully putting in place high standards for innovation and for the environment and social responsibility.

And prior to this, de Saint-Affrique held a series of senior executive positions at consumer goods giant Unilever over 15 years, where he most notably served as President of the Foods Division, responsible for businesses with a combined turnover of €12.4bn. He also led the consumer goods giant’s Skin category as EVP from 2005 to 2009, leading brands such as Dove, Lux and Lifebuoy across 21 countries.

And his international experience, having previously run Unilever brands across multiple countries, and having himself lived in Africa, the US, Hungary, the Netherlands, Russia and the UK, will stand him in good stead with this very international role.

Described by Danone's Board as a “standout leader in the consumer goods world” with a “distinguished track record of innovation and delivery”, de Saint-Affrique will bring to the Danone table “the right blend of strategic vision, international consumers goods experience, and operational execution skills”, according to Gilles Schnepp, Chairman, Danone.

Danone and the future

The company is currently undergoing some upheaval, with the removal of its previous CEO amid investor discontent regarding its under-performing brands highlighting this. For a while, the company has struggled both with lagging shares and profit margins and with a stagnant share price and rising costs for milk, ingredients, packaging and logistics.

Danone has been focused on building its health-focused and fast-growing categories across its three businesses – Essential Dairy & Plant-Based products; Waters; and Specialised Nutrition. And in all of these categories is facing stiff competition from other manufacturers.

With its ‘One Planet. One Health’ frame of action, which considers the health of people and the planet as intimately interconnected, Danone’s aim is to inspire healthier and more sustainable eating and drinking practices.

According to incoming CEO de Saint-Affrique, Danone has a “strong and innovative portfolio of brands” and has “significant potential to continue to shape and contribute to how people eat and drink globally”.

And that’s certainly true with an international portfolio that includes leading brands such as Actimel, Activia, Alpro, Aptamil, Danette, Danio, evian and Volvic, among others, and strong local and regional brands including AQUA, Bonafont, Cow & Gate, Organic, Silk and Vega.

To accelerate this food revolution and create superior, sustainable, profitable value for all its stakeholders, Danone has defined nine 2030 Goals, and paved the way as the first listed company to adopt the ‘Entreprise à Mission’ status in France. With a purpose to bring health through food to as many people as possible, and corresponding social, societal and environmental objectives set out in its articles of association, Danone commits to operating in an efficient, responsible and inclusive manner, in line with the SDGs of the UN. By 2025, Danone aims to become one of the first multinational companies to obtain B Corp™ certification.