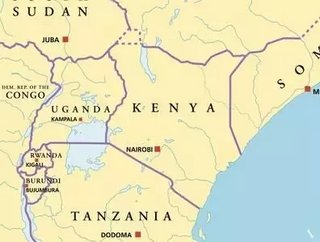 Countries within the East African Community (EAC) are reluctant to open their borders, which subsequently is hurting trade and local manufacturers.

According to Jim Kabeho , the Acting Chairman of the East African Business Council, partial harmonisation of trade rules of the included states is damaging expansion in regional trade.

The six EAC states include; Republic of Burundi, Kenya, Rwanda, Uganda, and the Republic of Tanzania.

Some of the mentioned countries are continuing to implement non-tariff barriers at official borders, which can include refusal to recognise a certificate of origin.

Kenya and Tanzania have continued to disagree on certificates at the Namanga border.

To prevent this, the Common Market Protocol was enforced in 1 July 2010, more than 10 years ago.

The protocol was introduced in order to allow the free movement of goods, people, labour, services, and capital within the EAC countries.

“There are many positions we (EAC) have agreed upon which are not being implemented. Individual countries do not want to give away their authority to the common market,” Mr Kabeho reported.

“We do not have a common market per se as far as I am seeing in trade. We still have official borders being non-tariff barriers.”