How OpenSooq is transforming the classified advert market with AI 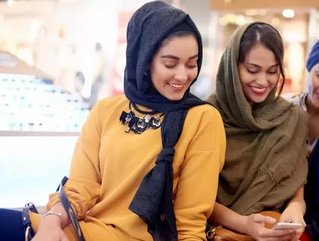 OpenSooq is the largest classified application and web platform in the Middle East and North Africa, serving 19 countries. Ramzi Alqrainy has learned a lot since he has started with the company in 2013 as a Data Engineer with a team of five people. Today, OpenSooq has more than 200 employees. Alqrainy heads a team of 41 people who are responsible for quality control,  business intervention and APP, as well as application support for  iOS, Android, and Windows. Over the years he has learned how to build a high-performance application. When asked about the company’s strategy, Alqrainy explains that first and foremost priority is to gain subscribers. He notes the speed at which the market is changing, and the need for diligence across the regions. "Our strategy changes based on the region, and how we can get more users and understand them."

Alqrainy explained that the main factor that differentiates OpenSooq from its competitors is its commitment to technology: "We have one product manager, but we have 41 technology managers," he explains. "We believe in technology just as much as the product." While other major companies such as Flick invest US$500,000 a month in marketing, OpenSooq does not have the same financing. "We don't have half a million dollars. So the only way to compete with them is through technology and the product," says Alqrainy. He also notes that the company cannot afford masses of commercial technology and so relies on in-house innovation and creating solutions independently.

When it comes to Big Data, Alqrainy emphasises the volume, velocity and heterogeneous nature of the information available to businesses today. In only a few months, OpenSooq can accumulate over 2bn in records. This data is in continuous use to optimise the user experience, create patches or offer real-time modifications to listings. "When you add a post in OpenSooq, you have a real-time dashboard to see how many calls, comments and views you get," Alqrainy continued. "Our data edge is heterogeneous. We don't have a structure as we have a lot of bigger sources with the data.” As this amount of data would be difficult for traditional software to interpret, Alqrainy explains, the company began developing AI capabilities to help use the data to provide a model for each country. "If you want to move fast, you have to innovate. Innovation comes from machine learning, building a newer network and applying the after trend and adjusting the markets."

AI has also helped OpenSooq build a more personalised user experience. Suggestions are made to users based on their previous purchases and searches. For listers on the marketplace, OpenSooq has an engine in place to automatically suggest prices for products. This has cut the average time a user spends on this interaction from 10 minutes to only a couple of minutes, with reducing the amount of time users need to spend with the app a key element of introducing new technology. The cycle of buying and selling can be closed in a few minutes, and the latest statistics suggest that the average sell-time for an item on OpenSooq is 15 minutes. AI has also been used to create a help bot that can answer frequently asked questions without human interaction. This will alleviate pressure on the customer care team, allowing them to focus on more complicated issues. Not only does this save both time and money, it improves the customer experience, as the team can focus on improvements and bigger fixes.

One of the main challenges that OpenSooq has overcome is the adaptation of the app’s language to suit dialects across 19 regions. Alqrainy explains that each country is allocated a team, and he manages these teams personally. He went on to explain how each region has its own dialect, and though the language is very similar, many individual words have differing meaning across the regions. One of the recent challenges is the addition of Arabesi, a portmanteau of two words; "Arabic, which is Arabic and Ganesi, which is English – this means writing Arabic with English corrective."

With smartphones dominating the market, OpenSooq was under pressure to find a solution for payments as each region has its own specialised framework. “The main challenge OpenSooq faced was the low concentration of credit cards across the region and globe,” explains Alqrainy. “For example, in Saudi Arabia, the credit card is not allowed for religious reasons. This means you have to integrate with many different payment platforms to provide to the service for each country.” For example, the number one payment provider in Egypt is SMS, necessitating a partnership with network providers.

OpenSooq does have a mobile wallet platform, but the main challenge the company faces is its customers’ distrust of online payments. “Customers would rather pay cash. They will come to the company or they will come to one of our partners and pay cash, or go to the bank to transfer money.” OpenSooq has implemented diverse solutions to this issue, such as including a cash option or sending employees to collect the cash. OpenSooq also has an integrated ewallet that can be topped up to collect rewards, store credits and buy various products and services. “We use our wallet because there's no solution in the market that can see one wallet can merge with all these services, like SMS, cash payment, payment using credit cards,” says Alqrainy. One card provider that is trusted is KNET, considered more trustworthy than credit cards in a number of regions.

As Classified moves forward, the experience needs to be more streamlined than ever. Another challenge moving forward is scalability. Currently the team can maintain the current flow of user traffic, but as the application grows exponentially, Alqrainy believes that the company needs to "move fast" and play it "smart and hard, so we can build the architecture to help us to go to the next level and go in the direction of a concept serverless.” Serverless is a new server management concept which, as Alqrainy explains, allows companies to shift their operations to another provider. “So there is no server at the end of the day." One of the milestones Alqrainy hopes to achieve is the expansion of a highly skilled team, which has often struggled as competitors have scouted trainees with lucrative salaries. With the team complete, there are exciting developments in the works for the future of the service.