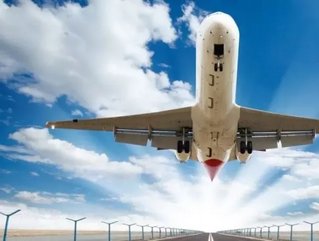 Carriers from the Middle East showed the strongest growth in passenger traffic of any global region in 2014, recording a year-on-year increase of 13 percent.

The International Air Transport Association (IATA) announced global passenger traffic results for the full year of 2014 showing demand (revenue passenger kilometers or RPKs) rose 5.9 percent compared to the full year of 2013. This 2014 performance was above the 10-year average growth rate of 5.6 percent and the 5.2 percent annual growth experienced in 2013 compared to 2012.

More than half of the global growth in passenger travel occurred on airlines in emerging markets including Asia-Pacific and the Middle East. In recent months domestic market growth played a large role in driving growth. This is owed mainly to a pick-up in Chinese domestic travel which expanded by some 11 percent in 2014 over the previous year.

Commenting on the findings, Tony Tyler, IATA’s Director General and CEO, said: “Demand for the passenger business did well in 2014. With a 5.9 percent expansion of demand, the industry out-performed the 10-year average growth rate. Carriers in the Middle East posted double-digit growth while results in Africa were barely above previous-year levels.

“Overall a record 3.3 billion passengers boarded aircraft last year—some 170 million more than in 2013. While it is clear that people will continue to travel in growing numbers, there have been signs in recent months that softening business confidence is translating into a levelling off of international travel demand.”