The Middle East is a growing market for entrepreneurship 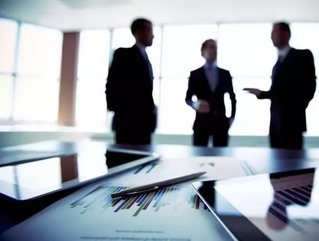 A London Business School survey of regional executives showed that entrepreneurship is flourishing in the Middle East.

The survey of nearly 500 executives found that the Middle East is seen as a growing market for entrepreneurship, with more than two thirds (71.4%) of respondents describing the sector growth as 'steady', 'fast' or 'very fast'.

Executives in the United Arab Emirates (UAE) were most emphatic about a growth spurt, scoring well above average at 81.5%.

Andrew Scott, Professor of Economics at the London Business School, said: "Entrepreneurs, not established firms, tend to be the most important source of innovation. With the recent decline in oil prices, economic growth will come from different sectors and it is important that the private sector takes over the momentum from the government. Entrepreneurship can play an important role in this."

And the findings suggest that people recognise this. Nearly a half (45.4%) of the regional executives who participated in the survey, said they have considered setting up their own business. More than one third (35.8%) said that they have already started one or more ventures and nearly a half (45.6%) said they felt 'confident' about starting a business in the region.

Maintaining this confidence is key for fostering long-term economic growth in the Middle East, according to John Mullins, Associate Professor of Management Practice in Marketing and Entrepreneurship, London Business School, and author of The New Business Road Test (2013) and The Customer-Funded Business (2014).

Dr Millins said: "Starting a new business is not for the faint of heart, as enormous uncertainty surrounds any new venture, and the probability of success is daunting. However, it is entrepreneurs and their fast-growing companies who will create nearly all of the region's new jobs going forward, and it is entrepreneurs who will make available goods and services found elsewhere that are not yet available here."