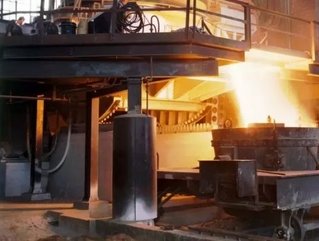 The Middle East steel sector is forecast for significant growth in the coming year as the GCC states are among the highest consumers of iron and steel products, well above the global average of 240kg per person, according to a report by the World Steel Association.

Consumption of finished steel is 323 kg per capita in Saudi Arabia, 385 kg in Kuwait, 1,288 kg in Qatar and 1,309 kg in UAE, thanks largely to the proliferation of mega construction projects including those underway for the Qatar 2022 World Cup.

These figures were released in connection with the announcement of the inaugural edition of Metal Middle East 2015, the international trade fair for metallurgical technology, thermo process technology, foundry machinery and metal working tools that will be held on January 10 to 13, 2015 in the Dubai International Convention & Exhibition Centre.

Jeen Joshua, Group Project Manager of Metal Middle East 2015, added: "The UAE is regarded as the most important hub for trade between Europe and Asia as far as metals industry is concerned. Huge investments in construction projects are dramatically driving this industry. Metal 2015 offers the joining, cutting and surfacing industries of the West an ideal platform for making forays into this promising market."

The Middle Eastern states and the UAE possess one of the largest oil reserves in the world, as well as extensive natural gas deposits, and are among the wealthiest nations on the planet. Oil business, tourism and goods and services are the most profitable economic segments.

The expansion of industrial sectors, high technology and tourism benefit the development of infrastructure measures. The continuing construction boom, major real estate investments and the rising per capita income have led to a rapid increase in the demand for steel and tube products. Experts estimate that the consumption of finished steel products will reach approximately 8 million tons by the end of 2014.