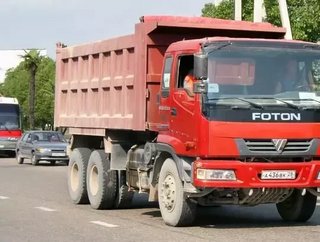 Pewin will now bring the Chinese brand into the Kenyan market in a three-year deal.

Under the agreement, Foton’s light and heavy commercial vehicles are to be displayed in Pewin’s showroom, located on Lusaka Road in Nairobi.

The joint venture is also expected to create employment opportunities for locals across the country.

The agreement was signed during the China-Africa Capacity Co-operation Exposition held at the Kenyatta International Convention Centre (KICC).

“We are looking to start with distributing 500 vehicles annually and expect a lot of government support on this,” commented Peter Kirigua, Chairman at Pewin.

When talking about the memorandum of understanding (MoU), Kirigua noted that the vehicles Pewin will exhibit will be 20% cheaper than other models with similar features.

The Kenyan company are planning to use sub-contract dealers across the country to bring the vehicles closer to customers.

Most of the vehicles to be exhibited in the showroom have been tested and will be suitable to drive on Kenyan roads.

Foton Motors, which is owned by the Chinese government and Mercedes Benz, has previously opted out of a deal Foton East Africa.