Q&A: dmg Events on the Rising MICE Industry in the GCC 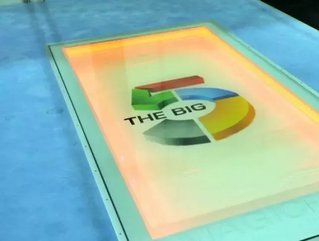 The Meetings, Incentives, Conferncing and Exhibitions (MICE) industry is on the march in the Middle East and set for further relentless growth and expansion in the coming years leading up to the World Expo 2020 in Dubai.

dmg Events is an international exhibition and publishing company, which produces market-leading exhibitions and conferences for the global energy, construction, digital marketing, coatings, hospitality and interior industries, with events in the Middle East, America, Europe and Asia.

BRE: Outline the MICE industry in the GCC – how big is it now, how has it evolved in recent years?

SM: A successful MICE industry has been one of the corner stones of Dubai’s development, positioning the Emirate as a great international hub from which to do business across the Middle East and further afield.

Dubai recognized that major international events help attract businesses and people to the city and showcase its benefits. Dubai’s success in this field has led to numerous other GCC countries emulating that model.

The MICE Industry is now one of the strongest sectors in the GCC and according to recent statistics, the GCC’s $1.3 billion MICE industry is set for continuous growth and expansion. As well as major exhibitions, a key element of the global MICE industry is international association meetings. Alpen Capital’s latest report stated that the number held in the region has more than tripled over the last 10 years, earning for the Gulf global prestige as a popular meeting and incentive hub.

Why is the UAE in particular a flagship destination for meetings, events and conferences?

Dubai and the UAE made a conscious effort to promote itself as a MICE venue and boasts the infrastructure and vision to support major global events. With thousands of hotel rooms, great event facilities and unrivalled transport links, the UAE acts as both a gateway to the rest of Middle East and a great place for business travellers to visit.

As the UAE continues to develop, the MICE demands will grow and with nearly 50 per cent of the $1 trillion of construction projects currently underway in the GCC being in the UAE, it is set to maintain its position as the top MICE destination in the region.

Also, with its successful bid to host World Expo 2020, the UAE will continue its lead through its well-established business events industry.

Dubai, host to almost 27 percent of all events staged in the region, is set to welcome more than 25 million visitors over a period of six months during the Expo. Abu Dhabi, on the other hand, generates $700 million from its MICE sector and is forecasted to grow at an annual rate of seven percent to reach $1.4 billion by 2020.

What factors are importing in attracting businesses to particular countries and venues for meetings, events and conferences? Has this demand changed over time?

Facilities, accessibility and audience are the key factors. Specifics vary from country to country, but in general for a successful mature MICE industry, countries need to deliver on these three factors.

Business demand is not always enough. A large market without good facilities and easy accessibility to that market will restrict MICE development. Accessibility itself comes in many forms – the ability to set up a business or import export, or something as simple as visa restrictions all have an impact.

At dmg we operate in many countries around the world with widely varying facilities. Whilst an organizer can dress most venues, it really does affect the success of the show and as a general rule, international standard facilities attract and maintain an international audience.

We can’t talk about demand for MICE in the Middle East without touching on the economic and political instability as this has a major influence on participation. In periods of stability, organisers, exhibitors, visitors and delegates are more willing to venture into emerging markets, or in periods of recession they are more willing to approach difficult markets.

However when instability occurs traditionally, the MICE industry will focus on safe markets, or large ‘hub’ events, and when economies are booming and options are bountiful, they will focus on markets with fewer barriers to entry.

Are there up and coming countries in the GCC and Middle East region regarding the MICE industry?

The UAE, Qatar, Saudi Arabia and Oman have emerged as the top four MICE destinations in the region because of their state-of-the-art infrastructure and facilities such as world-class venues for conferences and seminars and a well-developed hospitality industry, supported by their strategic location and easy connectivity with the rest of the world.

What has been dmg’s most successful event in the GCC this year?

Dmg’s flagship events are the Big 5 Construction series. The original regional event held in Dubai has ran for over 30 years and fills the Dubai World Trade Centre with over 2,500 exhibitors from around the world and attracts over 70,000 participants each year.

Always a barometer of the GCC construction industry the Big 5 has continued to grow throughout the recent recession and is set for its best year yet this November. In recent years we have also taken that brand international, focusing on servicing some local markets. We now have Big 5 shows established in Saudi Arabia, Kuwait and India and will launch next year in Indonesia.

Where do you see the future of the MICE sector in the region?

The future is bright. The UAE government has begun implementing major initiatives in order to attract a big volume of high-caliber events from around the world.

Dubai’s successful bid to host World Expo 2020 opens countless significant opportunities for exponential growth not only for the local MICE business but the entire regional market as well. By the time the World Expo takes place, the value of the local sector is expected to surpass $1.39 billion.