Tel Aviv is most expensive Middle East city for expats 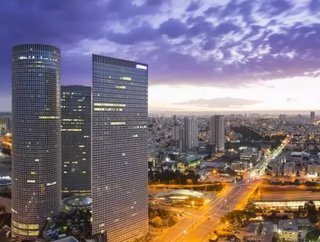 Mercer’s 22nd annual Cost of Living Survey has revealed that Tel Aviv continues to be the most expensive city in the Middle East for expatriates (at 19th place globally), followed by Dubai (21st), Abu Dhabi (25th), and Beirut (50th). Jeddah (121st) remains the least expensive city in the region despite rising thirty places. Mercer’s Nathalie Constantin-Métral said: “Several cities in the Middle East experienced a jump in the ranking, as they are being pushed up by other locations’ decline, as well as the strong increase for expatriate rental accommodation costs, particularly in Abu Dhabi and Jeddah.”

Hong Kong tops the global list of most expensive cities for expatriates, with Luanda, Angola in second position. Zurich and Singapore remain in third and fourth positions, respectively, whereas Tokyo is in fifth, up six places from last year. Kinshasa, ranked sixth, appears for the first time in the top 10, moving up from thirteenth place.

Mercer's survey is designed to help multinational companies and governments determine compensation strategies for their expatriate employees. New York City is used as the base city for all comparisons and currency movements are measured against the US dollar. The survey includes over 375 cities throughout the world; this year’s ranking includes 209 cities across five continents and measures the comparative cost of more than 200 items in each location, including housing, transportation, food, clothing, household goods, and entertainment.