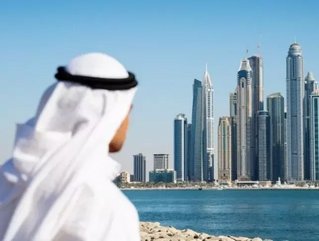 The UAE is the best economy in the Middle East at retaining talent according to 2014’s Global Talent Competitiveness Index.

With a global rank of 22nd, the Gulf country is joined by Qatar (25th) and Saudi Arabia (32nd) in the top 35 in the world; the number one spot being taken by Switzerland in a top 10 dominated by European nations.

The study, conducted by international business school INSEAD alongside Adecco and the Human Capital Leadership Institute of Singapore, measures a nation’s competitiveness based on the quality of talent it can produce, attract and retain.

Commenting on this year’s study, Ilian Mihov, Dean of INSEAD, said: “We live in a world where talent has become the core currency of competitiveness - for businesses and national economies alike. Yet there is an all-too-frequent mismatch between education systems and the needs of labour markets.

“Businesses and governments need new kinds of leaders and entrepreneurs, equipped with the skills that will help their firms and countries to thrive in the global knowledge economy. To help them making the right decisions in an increasingly complex environment, we need the kind of indicators and metrics that GTCI offers.”

Bruno Lanvin, executive director of Global Indices at INSEAD, and co-author of the report, said of the high ranking for the UAE, Qatar and Saudi Arabia: “All three countries share the same approach by which their respective governments have given priority to making life easier for business and more attractive for external talents. This is proving a successful combination.”

The top 10 countries globally are:

See an infographic produced by Adecco to find out more about the study.