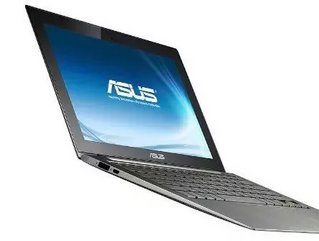 There can be no doubt that the emergence of the tablet changed the face of computing dramatically, offering unprecedented levels of portability, intuitive touch screen technology and the ability to complete certain tasks on the move with ease.

However, the tablet, like its predecessor the netbook, is subject to some limitations, particularly the lack of processing power, which make these devices unsuitable as a complete replacement for the laptop.

Enter the new generation of Ultrabooks, featuring all of the processing power of a notebook with touch capability and innovative screen technologies that converge two separate devices into one powerful, portable machine that does the job of both.

While tablets have gained popularity because of their size, portability, instant start-up and ability to work on the move, the physical size of the tablet is in itself a limitation.

With such a small chassis, there is only so much processing power that can be included, and there is no room for a keyboard, which limits the functions that can be performed.

For example, tablets are unable to handle large and complex spreadsheets, and the touch screen with no keyboard makes word processing challenging.

As these two functions are common in daily office work, many mobile workers find it necessary to use multiple devices – a tablet and a notebook or laptop, in order to deliver the required functionality.

With the entrance of Windows 8, which is optimised for touch screen, the demand for this capability is on the increase.

New generations of Ultrabooks effectively solve all of these challenges, with more processing power, Solid State Drives (SSD) to ensure fast boot-up, large storage capacity, touch screens, and the opportunity to add extra monitors and wireless keyboards and mouses in the office.

This allows business users to purchase a single device that looks like a notebook, but that can easily transform into a tablet, giving users the option to use one device that meets all of their needs.

What has truly enabled this convergence is innovation in design and screen technologies. New generations of Ultrabooks have the ability to convert into tablet devices with touch screens on both devices.

One method being used to achieve this is a flip hinge design on the lid, which enables users to flip the screen and fold it back over the keyboard to transition from notebook mode to tablet mode.

Another innovation is the emergence of very powerful tablet devices that incorporate a removable docking keyboard, which effectively means that simply by plugging the tablet in to the keyboard dock, which incorporates a touch pad and extends battery life, users gain the advantages of a notebook. The tablet can then easily be removed for meetings and working on the move.

Like tablets, they start up almost instantly, but like a notebook, they offer enhanced storage capabilities, either through integrated Hard Disk Drives (HDD) or via the Cloud.

The combination of a touch screen and a keyboard means that any task can be completed in the most efficient way possible, and improved processing power not only enables greater functionality, but enhanced ability to effectively multitask as well.

In a world where mobility is becoming key to productivity and competitive edge, both tablets and notebooks have a role to play.

With the new generation of Ultrabooks however, the need to carry two separate devices is no more. Users can now get the best of both worlds and work effectively from anywhere, no matter what the task at hand.