Volvo joins Ferrari in turning to tech for its new leader 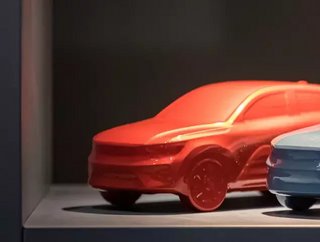 Swedish carmaker Volvo has appointed Jim Rowan, former boss of Dyson, to be its new CEO. An unusual choice perhaps, given that Rowan has never worked in the car industry.

What Rowan, the 56-year-old former CEO of Dyson and current boss of Ember Technologies (manufacturer of heat-controlling kitchenware), does bring however is extensive executive leadership across innovative global companies, and importantly, more than three decades of experience in the technology and consumer sectors.

And in a future world of electric, connected and autonomous vehicles, with Volvo in particular focused on achieving full electrification by 2030, these are exactly the skills in demand for car manufacturing leadership.

“Volvo Cars is going through a rapid transformation of digitalisation which is why we wanted to bring in someone with global CEO experience from outside the automotive industry,” says chairperson Eric Li. Traditionally, leaders of car manufacturers have hailed from a mechanical or industrial engineering background working their way up in the car industry for decades before landing the top job.

Think Ralf Brandstatter, an industrial engineer who began as a shoplifter at Volkswagen nearly three decades ago and was appointed CEO in 2020. Or Mary Barra, CEO of General Motors since 2014, who began with the automaker aged 18 serving with them for 40 years. While Toshihiro Mibe also had robust experience in car manufacturing, including in R&D, when the Honda CEO baton was handed to him in 2021.

In fact, most traditional carmakers have leaders with extensive car manufacturing experience.

In stark contrast, the new breed of carmakers, startups and scaleups focused on EV, are run by leaders with car manufacturing experience, but by those from a tech background. Take Tesla. Co-founder, CEO and product architect Elon Musk is a physics graduate and tech entrepreneur having successfully launched fintech PayPal and SpaceX before turning his tech wizardry and entrepreneurial sprit to cars, and Tesla, in 2003. Then, there’s William Li and Li Xiang, both billionaire founders and CEOs of Chinese EV manufacturers NIO and Li Auto, respectively, both millennials with tech-savviness and serial entrepreneurial spirits.

Earlier last year, Ferrari turned to technology industry veteran Benedetto Vigna to drive the luxury sports car maker into a new era of electric powertrains. Like Rowan, Vigna, 52, doesn’t come from a carmaking background. He has however spent his entire career at semiconductor maker STMicroelectronics, designing and successfully marketing high-end chips and sensors, mostly used in consumer electronics. In fact, he pioneered the sensors first used in iPhones to rotate the screen by turning the handset.

That means Vigna brings top-of-the-range software/hardware competencies that are key to leading Ferrari into the electrification and digitalisation era.

At the time of the appointment, Ferrari said Vigna had been poached for his “unique knowledge gained over 26 years working at the heart of the semiconductor industry that is rapidly transforming the automotive sector” and that his appointment as boss would “accelerate Ferrari’s ability to pioneer the application of next-generation technologies”.

And acceleration is exactly what Ferrari need, as they remain behind many of the carmakers in their transition to electric with its first electric car due in 2025. In fact, former Ferrari CEO Louis Camilleri, 66, said shortly before retiring that he did not expect Ferrari to be 50% electric in his lifetime and that it would never be fully electric.

Rowan is the latest carmaking CEO appointment to turn heads, due to his inexperience in carmaking. But it’s not something that phases the Swedish carmaker.

His 30 years of experience in the technology and consumer sectors, delivering strong growth and profitability through transformation strategies and customer engagement, as well as extensive experience with digitalisation, disruption, innovation, engineering and supply chains, is exactly what Volvo want to help steer them towards success.

“[Rowan] is the right person to accelerate Volvo Cars into the future – enabling it to become the fastest transformer in its field and a fully electric company with millions of direct consumer relationships,” adds Eric.

Rowan will have big boots to fill when he joins in March 2022 following the departure of decade-long CEO Hakan Samuelsson.

Samuelsson not only created a strong product line, but successfully listed the company in 2021, marking the biggest IPO in Europe last year, and importantly re-established Volvo as a premium brand with a future that looks dazzling.

Rowan will arrive in March 2022, just as Swedish carmaker prepares to launch the landmark all-electric successor to its largest model, the XC90. This follows the recent arrival of the firm’s all-electric XC40 Recharge and C40 Recharge compact SUVs.

He will be tasked with navigating Volvo as it undergoes the transition to be a fully electric manufacturer and towards its ultimate destination of selling 50% pure electric cars by 2050 and electric cars only by 2030.

Volvo, which recently reported growth of £2bn in the first nine months of 2021, has also recently announced a partnership with Europe’s largest battery cell manufacturer Northvolt to produce its own EV batteries in Sweden.

"The strong track record of Volvo Cars across innovation, safety and quality, coupled with world-class talent and inspiring sustainability and technology capabilities, places it in the driver's seat for the road ahead,” says Rowan.