What can Cross-Border Business Teams Learn from the Movie Industry? 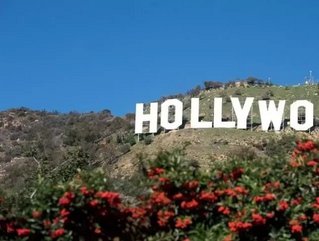 How many business sectors can compete with the movie industry in terms of making products that have worldwide appeal?

In part, this is because film companies have become rather good at seeing things from a global perspective. "Big Hollywood films have no national ideology attached to them today," notes Michael Lynton, the CEO of Sony Pictures (itself a subsidiary of a Tokyo-based multinational corporation).

The industry also has few rivals when it comes to teamwork. Movie-making is a highly collaborative enterprise, and films undergo countless changes during production. Cinema audiences may not sit through all of the closing credits, but they are an essential part of the movie experience. What other organisations give such clear, public recognition to the contribution of each and every member of the team?

When it comes to improving global communication and teamwork, therefore, the movie business may have some interesting ideas to offer. There is one stage of the film-production process that I have found to be particularly powerful and widely applicable: the read-through. This is where actors (along with directors, writers, producers and other key personnel) sit down around a table and read through the script.

Eddie Jemison, who starred in the "Ocean's Eleven" trilogy, says that read-throughs are an integral part of team-building. "It makes everyone realise they are all pulling for the same cause," he told me when I was researching this project. "It gives the experience shape and purpose. Without a read-through everyone is just guessing at how all the parts fit together. Plus, it's fun and everyone feels more a part of a team. And teamwork is always better than the sum of the work of individuals."

The aim of SkypeRead is to recreate the experience of a read-through for cross-border teams of non-native English-speakers. Small groups (typically five participants, plus me as moderator) meet in a Skype video call, and each person plays a number of characters in the film. We normally do a read-through of a 90-minute movie in two 1-hour sessions. The concept has been developed in a series of studies with participants from more than 20 countries; one of our studies, for example, was a cross-border read-through involving students from the University of Shiga

The results have been exciting, both in terms of improving teamwork, and improving participants' English-language skills. "It's real," thinks Juan Uribe, who owns a language school in São Paolo. "I learned about 15 useful phrases from doing this. And I'm an English teacher!"

Our latest study, using the independent science-fiction movie "Europa Report", is targeted at cross-border STEM groups. STEM stands for Science, Technology, Engineering and Mathematics, and it is an area where international collaboration is becoming increasingly important. Yet it is also an area where, according to a UK government report, some practitioners lack "broader behavioural skills" such as "communication" and "teamworking". My own research, based on interviews with scientists and other personnel involved in cross-border partnerships such as CERN and the International Space Station, supports this view.

Start Motion Pictures, a film-production company in New York, have generously supported the project by giving us the final draft of the script for "Europa Report". It is the story of a multinational mission to search for evidence of life on Europa, one of the moons of Jupiter, and there are three elements that make this a particularly effective read-through for STEM professionals. Firstly, the science and technology within the movie is highly realistic. Secondly, the language within the movie is highly realistic, too; the film has been made in a documentary style, which means it is rich in the kind of day-to-day dialogue that non-native speakers often need to practise.

Thirdly, "Europa Report" is a brilliant ensemble movie. It is also very multicultural — the mission commander, for instance, is a Chinese astronaut on loan from the Chinese government. In fact, there is a powerful symmetry between the characters in the story and the participants in our read-throughs: they are all members of international teams that use English as their working language.

It all underlines the central role that English plays in science, engineering, business, diplomacy and many other areas of life in the 21st century. As Kana Ozaki, a Japanese student who joined participants from Vietnam, the Czech Republic, Spain and Mexico on our first Skype mission to Europa, said: "It made me realise the power of English." And that's something else we can, in part, thank the movie business for.