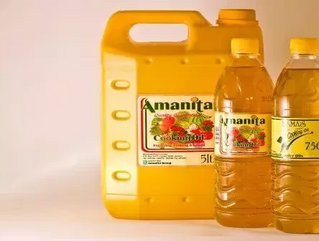 Zambeef Products Plc is poised for growth across a number of its divisions as it forges ahead with its goal of becoming one of the leading food producers in the region.

The message came as the company’s annual results for the year to September 30, 2013, were presented to a distinguished gathering of investors, financial analysts, government representatives, traditional leaders and other guests at a breakfast briefing in Lusaka today.

Zambeef, which is listed on both the London and Lusaka stock exchanges , saw revenue rise by 24 percent to K1,595 million during year, with gross profit up by a similar percentage to K553 million.

“It is heartening to see revenues continue to increase at the same time as the directors prepare the business for future growth across a number of divisions.

“A key financial highlight has been to return the business to positive cash generation, which is in line with the strategy set out when Zambeef listed on the AIM market of the London Stock Exchange in June 2011,” said Group Chairman Dr Jacob Mwanza.

Edible oils accounted for the strongest gross profit growth across the company’s divisions, more than doubling during the year to KK49.776 million.

Cropping also saw strong growth, with a 49 percent increase in gross profit to K154 million during the year, while the group’s Novatek stockfeed business was up 21 percent to K48.85 million.

Zambeef also continued its programme of upgrading its retail outlets, with 20 being refurbished during the financial year.

Other highlights including the resumption of crushing at Zamanita’s refurbished edible oils plant, with an increased annual capacity of 100,000 MT.

Crop yields continued to improve across Zambeef’s farms, led by Mpongwe Farm; and joint venture arrangements were put in place with Rainbow to facilitate future expansion of the group’s poultry operations.

Zambeef Chief Executive Officer Francis Grogan said: “The board is committed to unlocking value for its shareholders wherever it can. The deal announced earlier in the year to enter into a partnership with Rainbow involved a disposal to Rainbow of a 49 percent equity interest in Zam Chick. The consideration paid by Rainbow included a profit of K69 million (USD12.8 million), a clear demonstration of the value that has been created in Zam Chick.”

While three out of four of Zambeef’s main divisions – edible oils, cropping and stockfeed – saw strong growth, the company experienced a downturn in sales of perishable products in the final four months of the financial year.

“2013 was a challenging year for Zambeef as the group sought to respond to, and address the consequences arising from concerns surrounding imported beef products together with upward pressure on general overhead expenditure,” said Dr Mwanza.