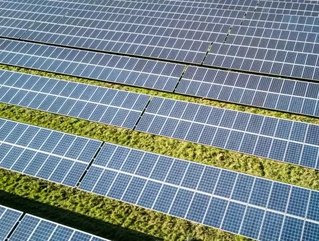 The British oil giant has backed out of previous projects in recent years but will now flow investment into Lightsource over the next three years, eventually obtaining 43% of the company.

Lightsource, also a UK company which currently manages 2GW of solar capacity, wants to increase that to 6GW with ambitious roadmapping that will see it expand in the United States, India and the Middle East as well as Europe.

It will be renamed Lightsource BP and BP will have two seats on its Board of Directors. According to BP's Statistical Review of World Energy, global installed solar generating capacity has more than tripled in the past four years.

"BP has been committed to advancing lower-carbon energy for over 20 years and we’re excited to be coming back to solar, but in a new and very different way," said Bob Dudley, BP group chief executive.

"While our history in the solar industry was centred on manufacturing panels, Lightsource BP will instead grow value through developing and managing major solar projects around the world."

Nick Boyle, Group CEO and founder of Lightsource, added: "We founded Lightsource to lead the solar revolution and chose to partner with BP because, like us, their ambition is to build and grow this company for the long-term.

"Not only does this partnership make strategic sense, but our combined forces will be part of accelerating the low-carbon transition. Solar power is the fastest growing source of new energy and we are excited to be at the forefront of this development."