Capgemini: Why Connected Cars and Carburettors Threaten the Automotive Aftermarket 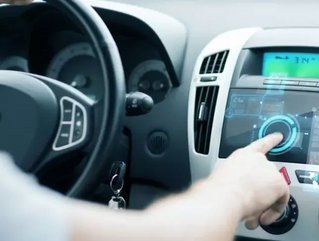 Smarter cars make for smarter drivers. It’s one reason why the connected car is helping to level the playing field between consumers and independent mechanics. Today’s carburettor isn’t just a car part; it’s a connected device – connected not just to the OBD (on-board diagnostics) system, but to the other parts around it.

Now, if a mechanic sucks in his breath and tells us it’s probably the alternator, we can instantly check an app on our smartphones to verify the diagnosis.

Car makers are the main beneficiaries of this newfound consumer power. It suits makers to put more control in the driver’s hands, because a connected car is now a marketing channel to a whole raft of additional services.

The latest Chevrolet models all support 4G connections – such connectivity means car makers can not only notify drivers the second a part fails, they can also guide them to the nearest dealer with the part in stock, and predict the likely waiting time. Brand loyalty could in theory be rewarded with a queue-jumping priority pass.

The growing bond between driver and marque may be difficult to pull apart. The aftermarket, currently a $500bn global industry, stands to see the biggest changes. Despite the fact that third-party aftermarket suppliers often make superior and more cost-effective parts than OEMs, they must transform their business models, and fast, or risk irrelevance.

The key battleground is software. It’s entirely conceivable for Audi or Renault to use completely different software standards simply to program their carburettors. The challenge therefore for independent aftermarket suppliers making replacement parts is finding a cost-effective way to stay in the game.

Most will need to develop a newfound expertise in software engineering. When Marc Andreessen said that software was ‘eating the world’, he could have been referring directly to the automotive aftermarket.

Here’s the rub: If independent aftermarket suppliers choose not to make a connected carburettor, but a bog-standard one, they may still be able to manufacture a superior part to the original – but that part will register as a black hole on the diagnostics board.

A smart part that lasts for a year may in the end be more desirable than a standard ‘invisible’ part that lasts for two, because for its entire life, however short, consumers will be satisfied that the smart part is doing its job. The standard part, on the other hand, will never be able to communicate to the driver how well (or how badly) it’s performing.

Ultimately, it may be that connected parts perform better as a result of timely information reaching the driver – fitting a new air filter before the engine starts to overheat, say, or fitting new struts before they ruin the suspension.

With electric car makers such as Tesla promising to eradicate car servicing completely, traditional manufacturers will continue to push the efficiency and reliability of smarter car parts. That should mean fewer faults, fewer trips to the garage and ultimately fewer opportunities for independent aftermarket suppliers to provide their own replacements.

By Steve Jones, Capgemini’s Director of Strategy for Big Data and Analytics