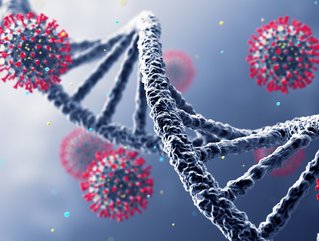 Constructive Bio has launched as a UK-based biotechnology company following the completion of a US$15 million seed round which will see it create synthetic genomes from scratch. The implications could be significant for sustainability, food, and electronics.

The company has also been granted an exclusive license from the Medical Research Council (MRC) to IP developed by The Chin Lab at the MRC Laboratory of Molecular Biology (MRC-LMB).

The MRC technologies can be used for commercial applications across a range of industries including agriculture, manufacturing and materials. Novel polymers can also be designed with the ability to breakdown and recycle the monomers to support a circular, sustainable economy – a move that could transform the US$750bn global polymers market while simultaneously helping the planet. Polymers are used in everything from grocery bags to plastic bottles, phones to food packaging, auto parts to toys.

“Over the last 20 years, we have created a cellular factory that we can reliably and predictably program to create new polymers,” says Professor Jason Chin, Programme Leader at the MRC Laboratory of Molecular Biology and Chief Scientific Officer of Constructive Bio.

“Now is the right time to commercialise these technologies. I am pleased that we have attracted significant support and seed funding to establish Constructive Bio and capture this opportunity. By taking inspiration from nature and reimagining what life can become we have the opportunity to build the sustainable industries of the future.”

The company was set-up with support from Ahren’s Commercial Engine and with Ahren Science Partner input. The seed round was led by Ahren alongside Amadeus Capital Partners, General Inception and OMX Ventures. The funding will be used to build out the technology platforms for commercial application.

“If we think of cellular biosystems as biological factories, we need to be able to write the cell’s operating system in a rapid, accurate and affordable way,” says Pierre Socha, Partner, Amadeus Capital Partners.

“The foundational challenge then becomes how to write the DNA of whole living organisms, from scratch, to optimise the manufacturing of these bioproducts. And that’s what Constructive Bio is going after. By creating tools that allow us to design and program cells, we will address issues from protein-based therapeutic design, industrial and environmental sustainability, food and agriculture, to consumer care and electronics.”

Ahren is a deep tech and deep science investment firm set up by Alice Newcombe-Ellis alongside co-Founding Science Partners. Together, these Founders created companies and/or technologies that are today valued in excess of US$100bn combined. Ahren's Portfolio companies include AI21 Labs, Graphcore, Zapata Computing, ZOE, Phaidra, Heirloom Carbon, and Bicycle Therapeutics among others.

A trailblazer for three decades, Amadeus Capital Partners invests in people who create transformational technologies and sustainable businesses. They back early stage and growth companies in Europe and Latin America, from locations in Cambridge, London and Oxford, San Francisco and São Paulo.