Curbing the chaos of cybersecurity one step at a time 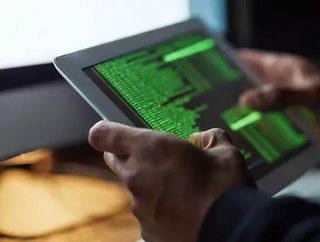 What does a hacker look like? If we listen to Hollywood – and literature, and the small screen – then he’s (for these figures are invariably male) late teens/early twenties, wronged by corporate giants and greedy multinationals (or else simply trying to channel genius), probably wearing a dark hoody and sitting at home, operating independently.

While this may be an accurate description of some hackers, today the real cybersecurity threat is more sophisticated, more diverse and more ubiquitous. Hollywood’s portrait of cybercrime victims is equally inaccurate. We’re fed images of big business in the US and Europe running blindly with a target on its back, but in fact firms of all shapes and sizes, operating in every region in the world are equally affected – and Africa is no exception.

Communication infrastructure in parts of Africa may not be as wide-spread as in other regions, which potentially lowers the risk of cybercrime, but a less mature infrastructure can also mean less experience in dealing with breaches and a lower commitment to cybersecurity. A 2017 report found that 95% of African organisations are operating on or below the ‘security poverty line’; the point at which a company can effectively protect itself against cybercrime. Most of the aforementioned organisations spend a maximum of $1,500 a year on cybersecurity. This is in the context of an estimated $573 million annual cost of cybercrime to the South African economy; $500 million to the Nigerian economy, and $36 million to that in Kenya.

The report found that African SMEs operating in the financial services sector – including micro-finance institutions and fintech providers – are most vulnerable to cybercrime. These are the kinds of organisations which manage and are responsible for vast volumes of sensitive, financial data – exactly the kind of information which should be most heavily protected from risk.

The chaos of cybersecurity is an inescapable part of doing business today; in South Africa, which is relatively mature in terms of cyber security, 73% of adults have reported experiencing cybercrime. Media scaremongering has added to the hype – and hyperbole – around the issue. While this does raise awareness of the risks to business and individuals, it also portrays an ‘us vs them’, ‘hunter and prey’ mentality, in which we are helpless victims of an unstoppable force. This is not a productive approach to take. Businesses must acknowledge the prevalence of cybercrime, but rather than sit idly back, must prepare, educate and take action.

If we don’t know what a hacker looks like how can we select the best means of defence? First, business-owners – and employees – must shift their mindset. The threat is not a single, shady entity – a hunter – but a diverse, ever-changing landscape which we cannot always predict. Rather than running from a hunter, we must ‘run with the bulls’, acquire knowledge, develop skill, build partnerships and be ready to change direction and adapt our path to overcome (inevitable) cybersecurity issues.

Whilst we can’t predict how, when, or where an attack will take place, it is still sensible to identify weak spots that make a company more vulnerable and take basic steps to reduce the risk.  Based on this premise global spending on IT security is on the rise; Gartner predicted that MENA spending on information security technology and services would hit $1.8 billion last year, an increase of 11% over 2016.

Investment in expertise and cybersecurity solutions will only go so far though. As a result of digital transformation, technology and cybersecurity concerns are no longer the remit of IT departments. Instead, the majority of a business’s systems, interactions, operations and processes are dependent on technology. This requires a robust, holistic approach: defence-in-depth at endpoint, network, cloud and gateway layers, plus vulnerability scanning and management, 2FA on user accounts, firewalls, intrusion detection and protection and deception.

A comprehensive, company-wide approach to cybersecurity knowledge is a must and probably the best place to start. Everyone from C-level down to the most junior employee must be trained in cybersecurity awareness, the specific risks they face (such as email phishing scams), the consequences of an attack, and of their responsibilities in preventing or acting upon these threats.

Responsibility also lies at the door of policymakers and governing bodies, which must regularly review cybersecurity threats and update legislation accordingly. This will help to place countries across the African continent on par with those other areas, such as the EU.

Running from the ‘hunter’ will get you nowhere. Instead, businesses must accept the chaotic, random nature of cyber-attacks and adapt to suit this new reality. Cybersecurity strategies must involve systems and solutions as much as they do employees and education, allowing business owners to calmly, effectively, and proactively prepare and protect their assets.