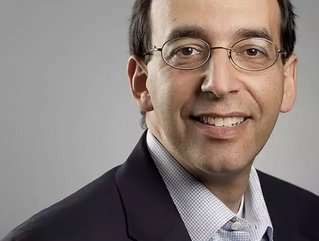 Equinix connects some of the world’s leading businesses to customers, partners and employees from within its data centres.

Providing connectivity and cloud solutions, it is one of the top colocation data centre providers in the world. Equinix is also one of the largest, and with its recent acquisition on the Iberian Peninsula, it's about to become even bigger.

Bigger, more connected
The organisation invests heavily in innovation, going beyond technical operations like designing electrical infrastructure. Equinix’s Cloud Exchange is a technology platform that allows customers to connect to various cloud service providers in a private and secure way without using the internet.

To measure and forecast this traffic, called the Interconnection Bandwidth, Equinix developed the Global Interconnection Index. According to Eric Schwartz, the organisation's President of EMEA: "It captures the activity of people connecting directly to each other without going through the internet. That's an area that hasn't had much attention historically, yet the analysis we've done says it's growing faster than the internet, and may ultimately exceed it in capacity which is pretty formidable." In fact, the Index predicts that Interconnection Bandwidth will outpace the public internet by 2020.

This interconnection is an essential part of the digital economy. Another innovation is the Interconnection-Oriented Architecture (IOA), a knowledge base to help companies map out how to move to more flexible architectures when working with carriers and security companies. Schwartz says: "That's another example of the investments we're making in helping corporates understand how they're navigating this entire digital transformation space that everybody's in the thick of."

With an increasing number of sites, Schwartz states that Equinix is by far the leading global player: "Companies will come to us and expect us to know and talk about the data centre industry, how their industry will be impacted by technology and how we can help," he says. "That's a very clear position we’ve built for ourselves that I don't see anybody else in the industry competing any time soon."

Iberia and Beyond – Acquiring Itconic
Indeed, Equinix is rapidly increasing its reach to all corners of the globe. Adding to its existing data centres in the Americas, Australia, Asia, Europe and the Middle East, in 2017 alone it opened five new facilities in Sao Paulo, Frankfurt, Amsterdam, Washington DC, and Silicon Valley. Its latest move is purchasing Itconic along with subsidiary CloudMas, a leading data centre, connectivity and cloud infrastructure provider operating in Spain and Portugal with sites in Madrid, Barcelona, Seville and Lisbon. This will mean Equinix has operations in 48 cities across 24 countries.

The acquisition is a strategic move to better serve customers requiring access to the Spanish and Portuguese markets. As Schwartz explains, Equinix’s closest locations for these clients had previously been France, Switzerland and Italy, and the company requires local services, whether digital media companies or cloud providers. "For us, it expands the potential and we see a big opportunity in going to our customer bases around the world and offering them the opportunity to extend their deployments with us into Spain and Portugal," he explains.

Another key element of this expansion is developing submarine cable systems to grow traffic between Europe, Latin America and Africa. There are already connections in place, such as the African Coast to Europe (ACE) route that links to Itconic's Lisbon data centre, but, for example, with Equinix's existing presence in Sao Paulo and Rio, it will be able to establish a cable running from Brazil all the way to Portugal.
Subsea cables are becoming essential to the industry. In the last few years, major internet players like Google, Facebook and Microsoft have been investing substantially in their construction due to the need for fast, efficient connectivity to all their sites around the world.

Over 400 new customers from very diverse industries will be served by Equinix as a result of the acquisition, including L’Oréal, Repsol, Real Madrid and Bank of America. Its customer base has always been varied, while at the same time it has always had a keen eye on targeting particular sectors like telecoms providers, internet e-commerce players, financial services and electronic trading.

"We've always had customers ranging from Walmart to General Electric using us to integrate their IT infrastructure," says Schwartz. "With the growth of cloud computing, we're seeing more and more of that, where the large corporate is our fastest growing segment."

The challenge of growing
Schwartz explains that one of the challenges involved in an acquisition of this scale is ensuring Equinix delivers the services its customers require. However, with the organisation's worldwide expansion over the last few years, it has gained enough experience to predict the needs of different markets. "We can estimate with pretty good accuracy what our existing customer base will want to buy in these new locations," he says, "and are able to do that in such a way that they get consistent service and standards of quality, globally."

The addition of Itconic will see Equinix gain more than 250 employees in its European team. With the organisation's staff already spread out over so many different countries across the globe, this presents a test in itself. “We have to find ways for people to feel connected even though they're not necessarily going to meet or know each other. That's the reason we invest so much in culture, and why we generally do very well in surveys and external benchmarks around people's level of engagement.

"When we undertake an acquisition like Itconic, we spend a lot of time on the very technical things like how to get the accounting systems to work and the branding. But we actually put a lot of energy into building connections between the culture of the company we're acquiring and Equinix, so that people are brought in and feel connected. That makes a tremendous difference over time."

Staff satisfaction is crucial because it leads directly to the satisfaction of the customers. Given that clients are using Equinix for the most critical parts of their technology infrastructure, they have extremely high expectations. Schwartz explains the need to be responsive 24/7 with minimal downtime. Its reliability he says, is around 99.9999%. "To achieve those levels is very much dependent on the quality and capability of the staff. The strength of our reputation depends on our ability to continue meeting those very high expectations. We're certainly very good at that, and we're continually striving to be better," he adds.