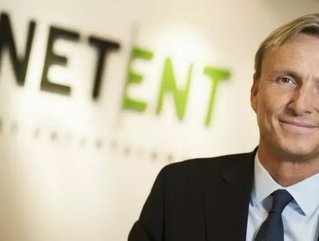 It is the world’s largest gaming market, growing 13 percent this year alone and expected to represent nearly half of all gaming revenues in the coming years.

NetEnt is a leading supplier of online casino games used by some of the world’s most successful operators, holding a 31 percent share of the European market. In the UK its customers include well-known bookmakers such as William Hill, Paddy Power, 888 and Ladbrokes, with the company growing 25 percent year on year over the past five years.

CEO Per Eriksson took time to speak to Business Review Europe about what is hot in the industry and how NetEnt keeps its finger on the pulse and stays ahead of the game.

BRE: Describe the online gaming industry in Europe – how has it grown and how much competition is out there?

PE: Europe has grown five to 10 percent each year – it is a very exciting market and growing independent of the economic climate. We are one of three large suppliers in Europe along with a host of smaller providers, including some bigger ones from America that are smaller in Europe.

Asia is the second biggest market followed by the US, which has shrank from top spot but due to open up slowly again from the east coast. We are applying for a license in New Jersey.

BRE: Are there particular games or types of game that are exploding in popularity?

Slot games are definitely growing in popularity. Even though the UK market shows that table games are still very popular, slot games are becoming more and more important.

Games have a very long life cycle – we are not taking away games because they become extinct and still have games that are 10 years old and still popular. Some of these look more retro but many players like them because the feel of playing the game and the algorithms are what matters. People have their favourites which they have more luck with.

At the back end of 2011 we launched our mobile platform and we still have a backlog of desktop games to provide on the mobile platform, which we launch alongside new games. We have a strict roadmap that we are following – we are launching at least one game per month and sometimes more than that.

Planning and timing of launching and marketing is hugely important. The operators need to organise their marketing around our launch timetables and if we are one day late it could be a disaster. If for example there is a big sports event on it is perhaps wiser to wait another day where it is less likely potential players will be watching.

BRE: Is the online sphere taking over from gaming in the high street in bookmakers?

The high street still has its own market and this will coexist with online. Playing games in a bookies or elsewhere has a social element whereas playing online can be used in many situations like waiting for a bus, on the move or if you need to fill a bit of time at home.

Over time I think online will overtake the land-based because of the upcoming generations being used to playing games online. I can’t see their habits shifting to land-based gaming.

BRE: Are smartphones and tablets assuming a greater portion of the market?

We are growing our desktop business even though mobile is growing significantly faster. Our mobile (including tablets) penetration is now 13 percent so we still have a way to go to overtake desktop.

There will come a day when desktop starts to stagnate and mobile will then overtake it but this will take some time, and desktops will not simply disappear. Its significance will remain.

Sometimes we are positively surprised by how popular some of our older desktop games have become on mobile, some have become more popular on mobile than they were before. Mobile is sometimes more suited to games but other big blockbuster games may not be as popular because you need bigger screens and better audio. This being said, the best desktop games can also be the best mobile games.

We are also working on specific tablet versions which are bigger than smartphones. It is important to create suitable formats with the right sized buttons – you can’t just shrink desktop games into mobiles and tablets.

BRE: What other trends should we look out for? Where do you expect the European market to go?

Another European trend is that the governments are now regulating the markets, for example in the UK there is now a 15 percent tax. More governments are introducing it and it is a good way for them to have a stable income - Italy, Denmark and France have regulated.

France has a very high tax rate of 33 percent and it is resulting in operators withdrawing from the French market. But the UK gaming authorities have listened to the industry. Denmark and Italy tax at 20 percent. Holland was supposed to regulate this year but they have postponed it, which disrupts planning.

The uncertainty is the worst part of unregulated markets so we encourage regulation so we can plan in advance and know that the same rules apply to all.