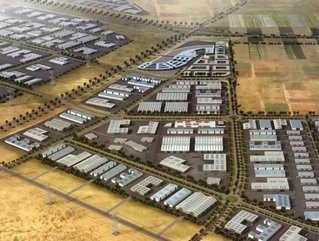 The GCC region will begin to manufacture its own cancer drugs from 2016 after construction began on a brand new plant in the UAE.

It will be based in the Khalifa Industrial Zone Abu Dhabi (Kizad), with LIFE Pharma set to invest 587 million dirhams ($160 million) over the next five years. LIFE Pharma is a subsudary of VPS Healthcare.

Four production facilities will fill most of the 1.7 million square-foot plot, with vaccines, sterile injections and oral solid dosage also being produced to help with the treatment of other illnesses like hepatitis.

The new site will become a pharmaceutical centre of excellence which will contribute towards the discovery of new cancer treatments and therapies, the company said in a statement. This forms a key part of the UAE’s Ministry of Health’s plans to put Abu Dhabi on the global healthcare map.

Dr Shamsheer Vayalil, managing director, VPS Healthcare, said: "We are very pleased to see our plans for a new research and manufacturing centre progressing. The new plant will be a game changer for the local and regional pharma industry."

The four facilities are due to be completed by the end of 2015 with the site becoming operation in 2016. Of the four, the oncology facility will be the first to be finished.