Gartner: Government IT leaders should capitalise on Brexit uncertainty 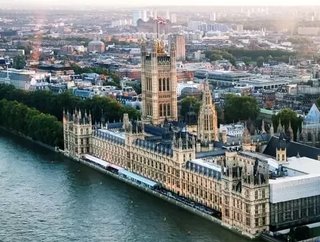 The UK Government is expected to start the official process of leaving the EU by the end of March 2017. The uncertainty facing the UK's public-sector IT leaders is unlikely to decrease as negotiations and discussions about the specific details of Brexit are pursued in both private and public over the next two years.

Rather than attempt the difficult task of planning for outcomes that aren't yet clear, even to those negotiating them, it makes sense for the Government's IT leaders to get on with the job of digital transformation. With the publication of the Government Transformation Strategy 2017 to 2020, it seems that the Government agrees. Brexit uncertainty strengthens the case for embracing digital technology in order to make the Government more agile, more scalable and more able to deploy solutions rapidly, once the UK's relationship with the EU and the impact on government services becomes clearer.

Transforming government IT so that it is more agile and responsive must be a priority. Flexible IT teams built around DevOps principles, pervasive usage and sharing of open data, and a scalable public cloud infrastructure will represent the basis on which the Government can improve citizen services and save money.

Too often, "transforming government IT" equates in practice merely to the transforming of existing IT systems, rather than the use of both data and technology to change radically what a government does and how it does it. To truly improve citizen services and make government more efficient requires bold leadership to commit to the adoption of new digital business models, collaborative use of data, and engagement of the public in debate about the benefits of unique personal identifiers.

Adoption of public cloud services by the UK Government has largely been haphazard and cautious. As a result, it has delivered only limited benefits so far. Government IT leaders are hoping to accelerate the use of public cloud services with a move from a "cloud first" policy to a "cloud native" approach. It certainly makes little sense, during uncertainty, to invest time and resources in non-cloud IT infrastructure or services that involve an extended payback period and might be subject to Brexit-influenced changes.

The use of operational expenditure when adopting cloud services means that it's easier to advance preparations and pilots, and then to scale up later, if those projects become essential for service delivery. A bigger commitment to the cloud will also enable the Government's IT organisations to gain the skills and experience they will need to manage cloud consumption efficiently.

A DevOps approach involves building cross-functional teams — combining development and operations staff — that adopt a "fail fast" philosophy. Fail fast means a departure from monolithic IT projects and a move toward the new realities of modern IT. The scalability and pay-as-you-go nature of cloud computing make it ideal for DevOps teams looking to undertake experimental projects to explore new directions, before quickly dumping the failures and scaling up the successes.

If the goal is to redefine citizen services and how they are delivered, more change will be needed than just a switch of IT infrastructure and an alteration of IT teams' mindset and structure. One crucial aspect of the transformation to digital business models will be how the Government handles data.

Data sharing and open data initiatives must be at the core of the transformation in two respects. Firstly, in terms of digitising the Government's relationship with citizens and using data to make services as efficient and effective as possible, in relation to identity, tax, healthcare, smart cities and many other things. Secondly, in terms of data sharing inside the Government itself — the breaking down of departmental silos and the building of a holistic view of the citizen that works better for everyone.

The UK Government, however, is not a single entity that moves in a single direction. It's vital that all its tiers, including local government and health authorities, come together to break down silos and agree on how they can work together better. Only once a coherent vision is presented, with clear benefits, can the Government seek to redefine its relationship with citizens in a way that overcomes their concerns about data collection and the sharing of their activities at state level.

These citizens already share a lot of data with consumer technology giants, because they see clear value in the services they receive in return. Mapping services, free web email and social media are examples of services for which people share their information willingly. The difference when it comes to the Government is that citizens currently perceive more risks than benefits from sharing their information. Only a coherent, Government-wide vision can begin to reduce their reluctance.

Although Brexit makes the environment challenging and uncertain, it's not an excuse for inaction. Digital transformation is essential for private businesses and government organizations alike. The commercial world is already transforming itself rapidly and creating high expectations for customer experiences in a digital world. Governments are expected to meet these high expectations with citizen services, whether they are able to or not — and, in the UK's case, however Brexit turns out.

It's time for bold, coordinated action from the UK Government to start realising the potential of digital technology, and to deliver its benefits to UK citizens.