Interview: Choon's Gareth Emery on how blockchain can save the music industry 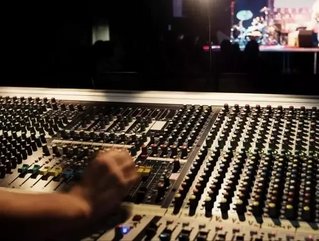 Business Chief speaks with international superstar DJ and recording artist Gareth Emery (aka GTR) regarding the launch of his disruptive, blockchain-based music streaming service Choon, and why it represents a watershed moment for artist power in the music industry.

DJ Gareth Emery is aiming high with an ambitious new innovation designed to revolutionise the music industry as we know it. “Rather than trying to build a solution on top of a system that is broken,” Emery declares. “Choon offers a new take. If we invented the recorded music industry today, this is how it should be done.”

Choon is a blockchain-based music streaming service and ecosystem designed to solve what its founders see as the music industry’s most fundamental problems. “Over the past 20 years we’ve failed to look after artists and pay them fairly - the contracting and accounting architecture is antiquated and a total mess,” says Emery. “It was designed back in the days of jukeboxes and sheet music and is totally unsuitable for the modern world. We’re leveraging an Ethereum-based blockchain to deliver improved accounting and transparency.”

Emery found success in the music industry as a DJ and in-demand producer who still plays live to fans across the globe each week. He has 1.5mn monthly listeners on Spotify and boasts tens of millions of streams on Soundcloud, yet knows better than most how little one gets paid even when you pull in a comparatively large amount of streams. “I’ve seen how difficult it is to understand whether or not what you’re getting paid is fair,” reveals Emery. “When I get a statement from my record label, it’s hundreds of pages and impossible to work out. Although you can get accountants to audit your record label or streaming partner, the cost of doing so will outweigh what you’d win back. Though I’ve been able to supplement my income with live performances, which is 99% of what I make, not everyone wants to spend 200 days a year on the road. We want to create a system that allows those who don’t tour and play live the opportunity to make a good living from the music industry.”

Choon is based around a priority token called Notes, an ERC20 token based on the Ethereum network which lives under the surface of the app, which is how artists get paid. When people make smart record contracts, which determine how the income for a track is split, it will be Notes that get divided up and distributed, on a daily basis, to each of the participants. “The cool thing is end users and listeners don’t need Notes to use Choon,” enthuses the LA-based Emery. “You can pay for streaming packages in traditional ways, while all the cryptocurrency architecture happens under the hood. Essentially, there will only ever be 80mn

Notes created as an all-time total, with 50% of those distributed to artists over the first five years of the service. So that’s 20,000 notes a day, which will be distributed on a pro-rata basis – so it’s incredibly egalitarian and split across all the artists using the network. For those joining early, there will be an amazing opportunity to land grab and accumulate a lot of these Notes. At that point they won’t be worth a lot but, as the years go by, the utility of Notes will go up and they’ll be more useful, but harder to get as more artists compete for them.”

Choon can also utilise Notes on the blockchain to deliver smart record contracts, so if an artist makes a track with somebody and they split the royalties 50/50, it’s written into the contract on the Ethereum network which is then used to divide up Notes in real time. “Today, it can take up to two years to get paid for royalties, which is absolute madness, it should happen in days,” maintains Emery. “This also has wider applications. An artist could pre-authorise people to be able to produce remixes of their tracks. We can also implement this for management contracts. Rather than having an offline paper contract that you may need to enforce via the courts if you don’t get paid, a smart management contract could stipulate, for example, that for the next two years a manager will get 15% of an artist’s earnings so that this can be actioned in real time.”

Choon is aiming to disrupt the hegemony of major players like Spotify, which in their early days sold large chunks of their companies to the major record labels in order to develop catalogue. “It probably seemed like a good decision at the time to build up the music available, but when you’re trying to disrupt the market you shouldn’t sell a big part of your business to the very people you’re trying to disrupt,” says Emery, who believes the goal for Choon is to remove as many intermediaries as possible. “Anybody that puts their music on Choon owns their own music, the recording and the publishing. Artists are not signed to copyright societies so they’re completely free to get paid directly. We just want to break this system where 95% of all the money goes to the people in the middle and deliver that to the artist.”

Emery doesn’t want Choon to be a one-sided system where it’s just another company providing services to the listener/customer, so he’s aiming to create an ecosystem where everybody can earn something. “We’ll offer the ability for playlist curators to get paid, so if you make a really popular playlist you can earn tokens (Notes),” he explains. “We’ll also have a tipping system so listeners can tip artists and artists can tip their super fans to reward them for their comments and support. Listeners can also earn tokens by streaming promoted tracks. Rather than promoting music via Facebook ads, artist can promote their music directly on Choon. For listeners, it’s actually better than free. There’s a number of ways you can earn Notes and spend them within the ecosystem.”

Emery reckons his dream team of co-founders are ready to do more than just shake up the dancefloor: “John Watkinson and Mark Hall are hardcore, blockchain Ethereum developers, while Scott Sartin is a chartered accountant who specialises in the music industry, so he understands the needs of artists to be paid fairly. Our advisory team also features 2017 Grammy winner RAC and David Hyman, former CEO of Gracenote and Beats Music.”

Though aware that the volatility of the cryptocurrency market may not be for everyone, Emery is excited about “leveraging the power of blockchain for what it’s really good at” – financial security and public transparency. “We need this because of the decentralised nature of Choon,” he says. “Meanwhile, until the blockchain catches up, we handle other elements in a centralised way. For example, we deliver the actual music streaming via a central server because distributed file storage is not reliable at present.”

Emery admits the challenge lies in finding enough quality product to build Choon and expects the balance of genres on the service to be 80% in favour of electronica. “Most of the catalogue existing right now is signed to those old legacy systems, but we’re okay with that; we’d rather not lock ourselves in and have more freedom. We’re not interested in streaming Elvis and The Beatles. If you want to listen to those artists there are many options out there to do that. We’re not even interested in Calvin Harris or Ed Sheeran, we want to find the next artists like these that are making music in their bedrooms currently undiscovered, so that when they look at the portfolio of options they’re not just signing up to a 360 deal and losing the rights to their music for life.”

So, for Emery, what would represent a measure of success for Choon in the coming year? “If we make the music industry transparent and more democratic, allowing artists to get paid what they deserve, that for me is success.”