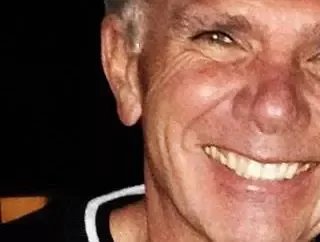 “Failing to have a practical and convenient policy for mobile connectivity can be a costly mistake for businesses," said Gary Griffiths, iPass president and CEO. "The amount of mobile data consumed by business is growing rapidly, as more employees adopt the use of cloud-based mobile applications of all kinds and look to replicate enterprise working environments on their smart-phones, tablets, and laptops.  Although there are millions of free and pay-on-demand Wi-Fi hotspots, connecting to them often poses multiple annoyances - from having to enter personal and credit card information repeatedly - to the threat of exposing sensitive business and personal information on unsecured networks.  Providing unlimited access to iPass' global mobile network of wireless hotspots solves this problem.”

Of the £855 million being wasted, £275 million stems from business trips within Europe, a further £243 million comes from Europeans travelling outside of Europe, and £337 million from North Americans travelling internationally.

The cost of connectivity varies for international business travellers across both Europe and North America depending on the methods they use. Using a cellular roaming-only approach would cost North Americans travelling internationally £531 to £1,141 per month. For Europeans travelling within Europe, the cost would be £55 to £273, and for those travelling outside Europe the cost would be £935 - £1,366. These staggering costs are a result of both cellular roaming charges, and an increase in data consumption by business travellers, which currently stands at 4.5GB per month. Most business travellers understand the cost implications of consuming their data using cellular roaming and have naturally adopted a “Wi-Fi First” approach to connectivity as a result.

Though free Wi-Fi is widely available, the term is often misleading. Slow connectivity speeds prevent data-hungry business applications from working properly. Additionally, obtaining free Wi-Fi often involves a lengthy registration process and limited usage periods on unsecured networks. These issues can result in lost productivity for business travellers; the Rethink Research report suggests that this loss in productivity can cost businesses £562 per business traveller, each month. Pay-on-demand Wi-Fi services dispel some of these issues due to generally being faster, more reliable and more secure. However, business travellers are expected to pay a premium for such services; the cost for North American and European business travellers could reach up to £83 each month. This figure only considers the purchase of services from frequently visited locations such as the airport, in-flight and hotels so the real figure could well be higher.  In contrast, iPass offers unlimited global access to a network of 20 million Wi-Fi hotspots for a subscription starting from £16 a month.

"It may be counter intuitive, but using Free Wi-Fi is one of the most expensive things you can ask your employees to do. There are long periods, like In-Flight, when they cannot work, or where they are wandering around looking for a free connection. Also, around 50 percent of hotels who say they offer free Wi-Fi charge a premium for a service fast enough to actually work on. Employees forced to go down this route certainly won’t be as productive as they should be and they may well feel underappreciated and be more likely to leave," said Peter White, Principal Analyst and Founder, Rethink Technology Research.