Q&A: A Look Back at GITEX Technology Week with Show Director Andrew Pert 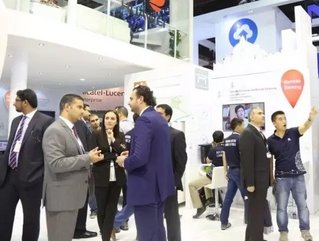 Thousands of exhibitors from regional and international companies pitched up in front of more than 100,000 visitors. Now the dust has settled, Business Review Middle East spoke to Show Director Andrew Pert about this year’s event and what next year may have in stall.

BR ME: Outline what GITEX is.

AP: GITEX Technology Week is the largest ICT event in the Middle East, Africa and South Asia. The 34th edition of the event was held from 12-16 October 2014 at Dubai World Trade Centre.

This year’s show – which was held under the governing theme of ‘Reimagining Our Future’ - hosted futuristic product launches, progressive conferences, industry-specific awards ceremonies and a series of engaging education forums, industry briefings and exhibitor networking events which delivered demonstrable ROI for more than 100,000 visitors from 150 countries.

How successful was this years’ event?

GITEX Technology Week is now woven into the innovative fabric of the ICT industry – both regionally and globally – and this year’s sold-out show was the most successful to date.

The five-day show witnessed a bumper amount of strategic deals for both global brands and local technology leaders, and delivered an excellent turnout of high-quality visitors which translated into strong, demonstrable ROI for attendees.

Describe a few highlights of the week.

Additional highlights of GITEX Technology Week 2014 included the second annual Cloud Awards, which recognised the most innovative, cutting-edge regional implementations of Cloud technology; the return of the Big Data Conference, which featured an international panel of industry thought-leaders, and a series of tailored Industry Briefings, which delivered intensive knowledge-sharing and networking for C-level executives in key industry verticals including banking and finance, retail, government and healthcare.

Meanwhile, the GITEX Student Lab recognised leading students in the field of technology innovation and connect them with industry professionals. The competition was won by a five-man team from the Indian Institute of Technology in Delhi, which edged out more than 50 rival applications from universities across the Middle East, Africa, and South Asia with ‘ProtectME’ - a product which enhances women’s safety by combining a wearable device, control room and mobile app to alert authorities and potentially volunteers when the wearer is attacked, all while recording live audio-visual feeds.

Co-located events at GITEX Technology Week were the second edition of the GSMA Mobile 360 Series: Middle East, a dedicated platform for senior executives from the region’s mobile industry, and the fourth edition of InfoComm MEA, the leading showcase of the latest professional audio-visual communications technology in the Middle East and Africa.

Why is GITEX an important event for the industry and region?

With regional ICT spending projected to cross US$ 15 billion this year and hit US$ 20 billion by 2020 according to the International Data Corporation (IDC), this year’s GITEX Technology Week solidified its position as the premier gateway to the world’s fastest-growing and investment-rich ICT markets.

As one of the world’s top ICT events and a leading international ICT industry authority, GITEX Technology Week continued to enhance cross-border ties in delivering innovation, nurturing investment opportunities and driving the global dialogue on technology adoption across MEASA and beyond.

The strategic choice of Nigeria – which has 120 million mobile users and 87 per cent mobile penetration by population according to IDC - as the 2014 show’s Official Country Partner continued the trend. Nigeria used GITEX Technology Week to attract foreign investment into its ICT infrastructure to support its rapidly expanding technology market.

What are your aims for GITEX in the future? How can you improve?

With GITEX Technology Week presenting strategic investment inroads into the lucrative Middle East and African ICT markets, a host of international exhibitors and visitors will benefit from an evolved attendee experience integrating the latest ICT innovations.

As an ICT platform, GITEX Technology Week continues to get ‘smarter’ every year and the Smart engagement in 2014 began with a seamless and paperless registration, check-in and payment process – just one aspect of a new ‘On Track for the Smart Experience’ initiative run in conjunction with Etisalat, the show’s Official Smart Experience Partner.

Moving forward, our Smart theme will be further embedded in the show’s DNA - in line with the Dubai Smart City pillars of Life, Society, Mobility, Economy, Governance, and Environment. Technology is the core enabler of making these key initiatives a reality for organisations and people, which is what GITEX will be championing as the leading ICT business gateway for the MENA region.

Next year, GITEX attendees can expect even more content delivered through new and enhanced conferences, summits and C-suite networking events, with a heightened focus on the next generation of wearable technologies and the impact they will have on the business environment.