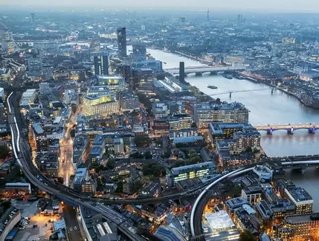 The United Kingdom has awarded £25mn worth of funding to six new 5G testbeds, part of its £1bn digital strategy announced last year.

A range of applications, including smart farming with drones, using the ‘Internet of Things’ (IoT) to improve healthcare in the home, increasing manufacturing productivity and maximising the future benefits of self-driving cars, will be tested on the networks.

Sites range from the Orkney Islands to the west of the country and have been developed in collaboration with small and medium-sized businesses, universities and local authorities.

"One year on from the digital strategy, we are delivering on our commitments to create a Britain fit for the future, with a thriving digital economy that works for everyone," said Margot James, Minister of State for Digital and the Creative Industries.

"The ground-breaking projects announced will help to unlock 5G and ensure the benefits of this new technology are felt across the economy and wider society."

Earlier this month, Italy's first 5G antenna were activated by TIM and Huawei in the southern city of Mater as part of its 'BariMatera5G' project, which has been commissioned by the its Ministry of Economic Development.

Swedish telco Ericsson, in its latest Mobility Report at the end of last year, projected that a fifth of the world's population will be hooked into 5G networks by 2023.